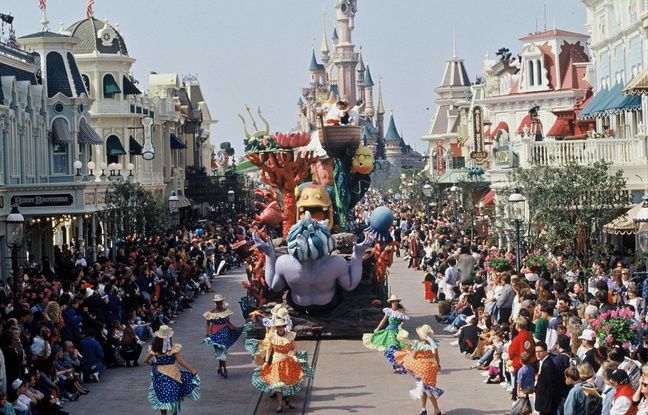 The CEO of the Disney group said on Tuesday that he hoped to be able to reopen Disneyland “by the end of April” in California (United States). A relaxation of health measures linked to the Covid-19 pandemic could make a reopening possible. “We hope that the situation will continue to improve and that we will be able to reopen our parks to visitors with limited capacity by the end of April,” said Bob Chapek. “We would like to communicate a date for the opening in the coming weeks. “

This Friday, California announced that its amusement parks, closed for a year, could reopen from April 1 if their county was no longer classified in “purple zone”. This is the highest level of risk by California criteria. Orange County, where Disneyland is located, is still purple but could drop to the lower level (red) within a few weeks.

✨ Bob Chapeck hopes to open @Disneyland end of April 😃 then signifying a return of more than 10,000 Cast Members that will have to be reformed after this very long closure ✨#disneyparks #disneyland #dlr pic.twitter.com/yWY7h7ld5R

The capacity of parks in the red zone will be limited to 15% of the usual level. Only the inhabitants of California will be able to immediately have access to it, according to the criteria defined by the health authorities of California to fight against the spread of the coronavirus. According to Bob Chapek, preparations for the reopening of Disneyland will take time and may not be completed by April 1. This will require in particular to “recall more than 10,000 employees placed on technical unemployment” and “to train them to work in compliance with the new health requirements”, explained the CEO.

An economic crisis around Disneyland

Disneyland is the second most visited theme park in the world, behind Disney World in Orlando (Florida). Other Disney parks have already resumed their activities in Asia or near Paris.

In California, the closure of Disneyland resulted in the layoff of thousands of employees. The disruption of activity has also caused enormous economic hardship for California hotels, restaurants and other businesses living on the amusement park’s tourist bonanza.