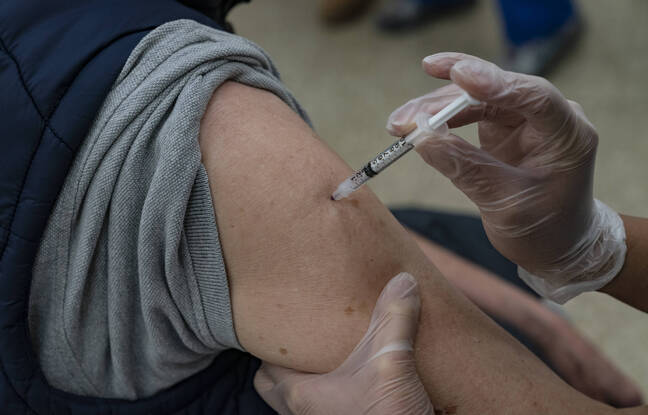 The death of an American doctor, at the age of 36, has sparked a number of rumors online about the Covid-19 vaccine. Barton Williams, an orthopedic surgeon, died on February 8 in a Memphis hospital, three days after being admitted there. He had previously contracted the coronavirus unknowingly and received two doses of Pfizer’s vaccine at least three weeks before being hospitalized.

Local and national health authorities are working with the hospital to definitively establish the cause of death. It is very likely that the surgeon died of multisystem inflammatory syndrome in adults, which creates an acute inflammatory reaction, explains to 20 Minutes Dr. Stephen Threlkeld, an infectious disease specialist, who treated Barton Williams at the hospital. An article published in November in the Swiss medical journal
compared this syndrome “to an extreme immune response in a postinfectious syndrome”.

This reaction can occur in patients with Covid-19. Barton Williams did not know he had been infected, and a PCR test at the hospital came back negative. However, antibodies were found in him, and they did come from infection with the virus, not the vaccination. These were found to be ‘the nucleocapsid protein antibody [présente dans le virus], and this is not contained in the vaccine, explains Dr Threlkeld at 20 Minutes. Only the Spike protein is contained in the vaccine. “

The doctor rules out the hypothesis of a link between the vaccine and the inflammatory reaction. “We know that probably 50 million people have received the vaccine in the United States alone, and that no one else, no other adult, has suffered from this syndrome after the vaccine. He [Barton Williams] is the first ”, supports Stephen Threlkeld. Although highlighting the difficulty of drawing a general conclusion from this case, “there is no known link between the vaccine and this particular problem,” he adds.

As of October, the Centers for Disease Control and Prevention (CDC), the US federal body responsible for public health, reported 27 adults who had developed the syndrome. None had received the vaccine, which was not yet available to the general public. The authors of this article specified that the interval between contamination and the onset of the syndrome was not yet known.

Stephen Threlkled encourages the population to continue to be vaccinated: “The vaccine is 95% effective in preventing symptomatic infections in humans,” he recalls. Since we know this vaccine is so effective in preventing infection, I think what we need to take away from this tragedy is that we need to get vaccinated as quickly as possible. Because we know that the disease itself is linked to this serious complication. “