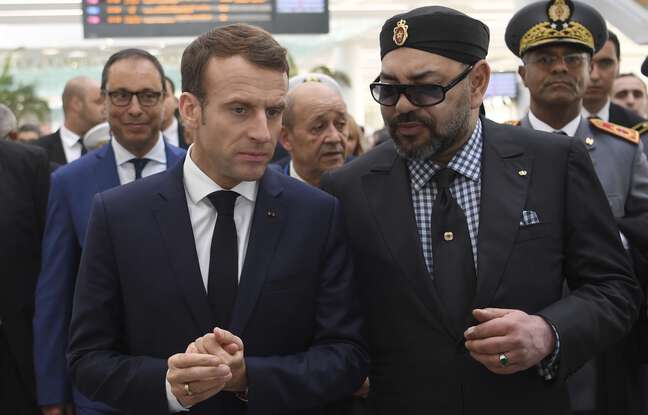 This is perhaps one of the biggest spy revelations since the Snowden affair. According to an investigation published this Sunday in several media, client countries of the Israeli company NSO, used its spyware Pegasus to penetrate the laptops of politicians, journalists or even human rights activists. “Morocco, as a client of NSO, used this software to target French journalists because of their activities and the positions they may have taken vis-à-vis the Moroccan government”, affirms Katia Roux, advocacy manager freedom to Amnesty International France which analyzed the cell phones targeted by Pegasus.

However, international law is clear: targeted digital surveillance of human rights defenders, journalists, or civil society figures is illegal when they are targeted for their activities. For it to be legal, this monitoring must be proportionate, legitimate and necessary. “If you can’t prove that these criteria are met, surveillance is illegal. However, Morocco has not provided any information on this subject ”, indicates Katia Roux.

Lots of mutual interests at stake

Morocco denies all accusations of abusive espionage, while Amnesty International claims to have “tangible and irrefutable evidence”. This attitude raises questions about the evolution of relations between Morocco and France which “have many mutual interests and cooperation at different levels, such as immigration, investment, control of terrorist networks, questions of the Sahara, or again France’s mediating role for Morocco in Europe ”, enumerates Pierre Vermeren, researcher specializing in the Maghreb seconded to the CNRS.

Especially since relations between the two countries are already not as excellent as before. “It is mainly linked to the fact that the French government since François Hollande wishes to re-establish good relations with Algeria. However, Morocco, which has been in the cold war for a very long time with this country, does not really appreciate this orientation ”, underlines the author of the book. Morocco in 100 questions: A kingdom of paradoxes.

“Perhaps symbolic reactions, but no recall of ambassadors”

However, according to the expert, there is little risk that these revelations will have a real diplomatic impact. “If this spy case only concerns journalists and researchers, it will not interest many people except justice and it will have no political consequences between France and Morocco”, he assures us. the example of the United States which had been accused of spying on Angela Merkel without this creating any diplomatic incident.

“For Morocco, it’s a little more dangerous, but the country is still very much linked to the United States, Israel, Saudi Arabia and France. There may therefore be symbolic reactions, but no recall of ambassadors. “This Monday, the President of the European Commission, Ursula Von der Leyen declared that if it was true, the case was” completely unacceptable “, without mentioning a sanction. Government spokesman Gabriel Attal also denounced “extremely shocking facts”.

For now, the media which revealed the Pegasus project indicated that the Moroccan security service had used the software to target around 30 French journalists and media bosses. But other revelations are due to fall this week. “This could have consequences if it concerned leading figures of the French state such as President Macron, the Prime Minister or the Minister of Defense for example,” says Pierre Vermeren. It would make one more cooling between Morocco and France, but no major consequences either in my opinion. “

A ready-made justification for Morocco

For Amnesty International, the fact that Morocco denies the accusations of espionage is nevertheless revealing. “This is not valid as a justification, you have to provide elements to support it,” says Katia Roux. Morocco’s position is problematic. Instead, the Moroccan government should investigate, be transparent and respond to requests for information on contracts with NSO. “

However, the country’s defense line is potentially already all found. Indeed, NSO officially affirms that its technologies are used by its customers only in the fight against terrorism or crime. “Morocco presents itself as a champion in the fight against jihadism and Islamist terrorism. In this role, he is completely credible. So the fact that he uses these tools was known and he could play on it to defend himself for sure ”, bet Pierre Vermeren.

Amnesty International is calling, however, for NSO “to end its contracts with countries which misuse this technology”. The organization also calls for an “appropriate regulatory framework and human rights to regulate the surveillance industry” to be put in place and that pending “a global moratorium on the sale and transfer of equipment monitoring is applied ”.