Donald Trump back on Facebook? Decision of the supervisory board on Wednesday 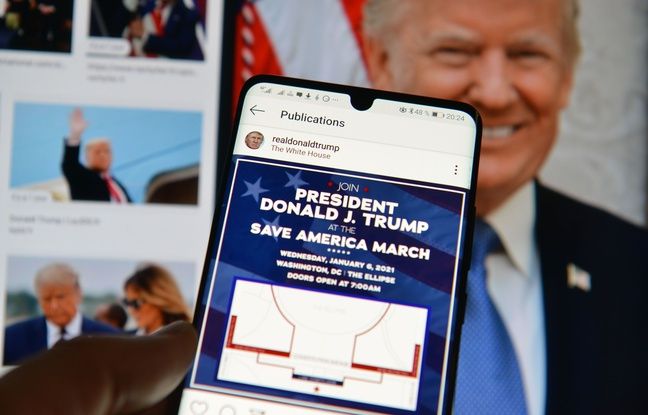 Donald Trump going to find his megaphone? Banned from Twitter and Facebook after the Capitol riots, the former US president struggled to be heard with his near-daily press releases during Joe Biden’s first 100 days. But he could make his return to Facebook if the network’s supervisory board, which is due to make its decision on Wednesday, overturns his ouster.

Established last year, the Supervisory Board of Facebook, a sort of Supreme Court of moderation financed by the company but supposed to operate in complete independence, indicated on Monday that it would render its decision on Donald Trump’s account on Wednesday at 9 hours (3 p.m. Paris time).

The Oversight Board will announce its decision on the case concerning former US President Trump on its website at https://t.co/NNQ9YCrcrh on May 5, 2021 at approximately 9:00 a.m. EDT.

Freedom of expression against incitement to violence

Facebook and other social networks have banned the former US president, arguing that the Republican billionaire had encouraged a crowd of supporters to invade the Capitol in Washington on January 6 during the certification of the victory of Joe Biden in the election of November 2020.

Facebook and Twitter justified their decisions by arguing that the former president, who had until then benefited from his status as a public figure, had violated the regulations of their platforms. But some experts and politicians denounced an attack on freedom of expression, even censorship.

In its first decisions, the supervisory board almost always ruled in favor of freedom of expression. But this is the first time that the body has to examine such a media case. And while Donald Trump still spoke of a “rigged election” this weekend, during a speech to supporters at his Mar-a-Lago golf club, the council could consider that the threat to democracy is more than ever relevant.