Donald Trump isolates himself, a transfer of power that intrigues and Joe Biden breaks a record 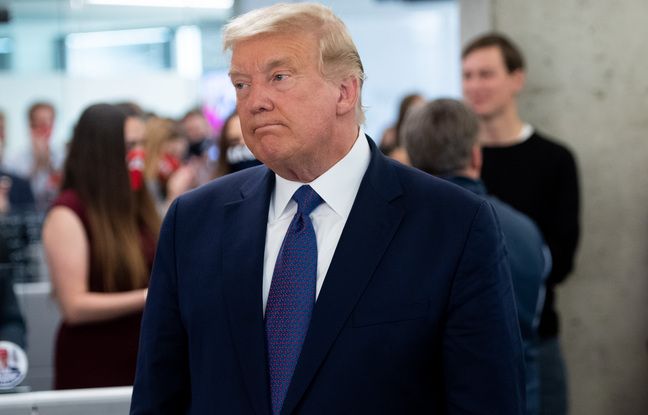 Ask for the program! With This is America, its daily meeting of international news, 20 Minutes brief you as best as possible to try to understand this mishmash that is currently the presidential election. This Thursday, while we are still awaiting the results of several states (find our live here), we are looking at Donald Trump who is rare, on a transfer of power that questions and on Joe Biden who breaks Barak Obama’s record.

But you’re not there

To live happy, live hidden. Since the November 3 poll, Donald Trump has become surprisingly rare (in real life, we will say) and displays a very clear political schedule, even empty. For the second day in a row, his administration sent journalists a diary without any public commitment. If he does not show up, the American president still multiplies the tweets denouncing electoral fraud.

No public event on Donald Trump’s agenda on Thursday pic.twitter.com/n4SPtyHA3n

Need to rest after the last truly grueling days of the campaign (ten meetings in forty-eight hours), or the desire to flee the press and prepare its strategy? On Wednesday, when he was scheduled to speak, his team finally indicated that he would not speak. Quid of this Thursday?

Resist, prove that you exist

What if he decides not to admit his (potential) defeat? The question has been on everyone (well almost) lips since Donald Trump announced Wednesday his intention to recount votes in certain states and bring the election to the Supreme Court. Obviously for the moment, the president is still in contention for the supreme office, but Joe Biden is favorite. Tradition has it that, as in France, the loser quickly recognizes his defeat after the announcement that one of the candidates has reached a majority of voters (270). A choice supposed to promote a peaceful transfer of power in a democracy.

However, the fact that Donald Trump did not commit to making such a gesture in the event of defeat, questions many observers in the United States. This recognition of defeat is a tradition, but nothing obliges a candidate to submit to it. But then, can we declare a winner without concession of the loser? According to the Transition Integrity Project, cited by
USA Today, The answer is yes. The two facts are decorrelated, since the popular vote is not annulled or called into question by a candidate’s refusal to admit defeat.

If Donald Trump continues to affirm that he won the election even in the event of contrary results, Joe Biden could ask the day of his inauguration on January 20 to the Secret Service to physically expel him from the White House, from noon. quite exactly, according to the 20th Amendment to the Constitution. A situation quite unlikely. On the other hand, if a legal battle starts and it pushes back the validation by Congress (normally 15 days before the inauguration) of the vote of the big voters, while at the same time Donald Trump refuses to leave the White House , there, Houston, we would have a problem. Because nothing can be done until Congress approves the results.

Of course, as said Vox, if Donald Trump goes to the Supreme Court and it gives a winner, after Congress has validated the results (and with a different winner), we enter a historic constitutional crisis, but that is another story. For a neighbor This is America, perhaps ?

A record. At present, Joe Biden has won more votes than any other presidential candidate in the history of the United States. This Thursday, at the time of writing, more than 72 million votes in favor have been counted. Thus beating a record previously held by a certain Barack Obama since 2008. Donald Trump will undoubtedly exceed it too.

BREAKING: Joe Biden has surpassed Barack Obama’s 2008 popular vote total, breaking the record for most votes ever received by a candidate at a US Presidential Election.

The exceptional participation of voters (67%) in this ballot obviously explains these figures. But now, if a majority of popular votes were enough to open the doors of the White House, Hillary Clinton would know. In 2016, remember, she lost to Donald Trump with three million more votes… but only 227 voters.