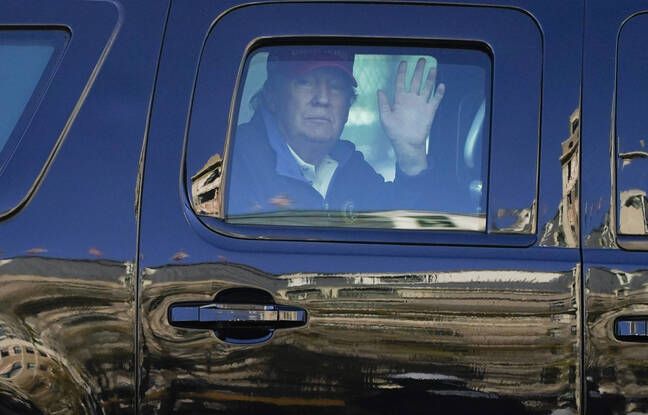 Eight days after the announcement of the presidential results, Donald Trump has still not acknowledged his defeat to Joe Biden. But, by small touches, or successive lapsus, he approaches it. “He won because the Election was rigged,” he tweeted Sunday morning, referring to the former vice-president of Barack Obama. Admittedly, the American president has once again put forward the hypothesis of massive fraud, which no concrete element comes to accredit.

He won because the Election was Rigged. NO VOTE WATCHERS OR OBSERVERS allowed, vote tabulated by a Radical Left privately owned company, Dominion, with a bad reputation & bum equipment that couldn’t even qualify for Texas (which I won by a lot!), the Fake & Silent Media, & more! https://t.co/Exb3C1mAPg

But the first two words of his tweet (“He won”) caught the eye because it was the first time he said them since the results were announced. Friday, he had for the first time mentioned, in half-words, the victory of his Democratic opponent by suggesting, before resuming himself, that he would no longer be there after January 20 to manage the coronavirus crisis.

The safest election in history

The results of all states have now been announced by major US television channels. Joe Biden won 306 voters, against 232 for the outgoing president, the reverse score of the victory of the billionaire Republican – who then spoke of a “tidal wave” – ​​against Hillary Clinton in 2016. Several electoral authorities local and national, including the Cybersecurity and Infrastructure Security Agency (CISA), have directly contradicted the president on his accusations of fraud.

“The November 3 election was the safest in the history of the United States,” they said in a joint statement. “There is no evidence of a voting system having erased, lost or changed ballots, or been hacked in any way.”