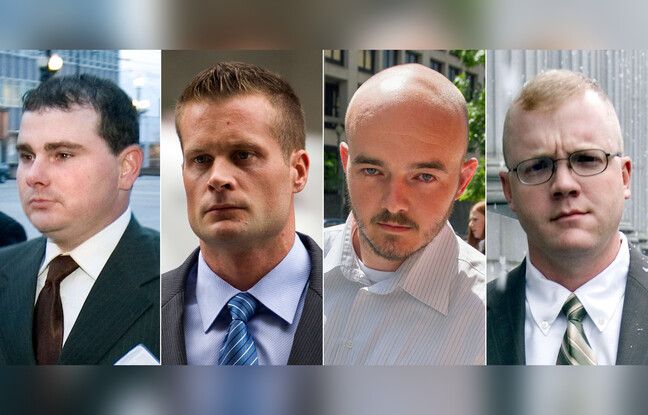 Donald Trump continues to pardon loved ones or loyal supporters. After Michael Flynn and Roger Stone, the US president announced on Tuesday about fifteen pardons or clemency measures, which will benefit two personalities implicated in the investigation into Russian interference in the 2016 election and individuals involved in the scandal of the private security firm Blackwater in Iraq.

The moves are expected to spark further controversy as the Republican president refuses to admit his November 3 presidential defeat to Joe Biden, but must leave the White House on January 20.

A grace for the individual behind the Russia investigation

The White House announced Tuesday evening that the outgoing president had granted full pardon to fifteen people and partially or completely commuted the sentences of five others.

A total pardon was thus granted to George Papadopoulos, a former diplomatic adviser to Donald Trump during his 2016 campaign who admitted to having lied to the FBI about his contacts with an intermediary who had promised to put him in touch with Russian officials. .

He had cooperated with investigators from Special Prosecutor Robert Mueller who had conducted two years of investigations into possible collusion between Russia and the Trump team. The investigation could not conclude on the existence of an agreement between Moscow and the Republican billionaire.

Papadopoulos had served twelve days in prison. “Today’s grace corrects the harm inflicted on many people by Mueller,” the White House said. A Dutch lawyer, Alex van der Zwaan, was also pardoned Tuesday by Donald Trump after being implicated in the Russian investigation. At the end of November, Donald Trump had already pardoned Michael Flynn, his former national security adviser, also implicated in the same case.

Clémence for four ex-employees of Blackwater

Pardons were also granted Tuesday by the US president to four former employees of the sulphurous private security company Blackwater, involved in the murders of Iraqis in 2007. One of these security guards, Nicholas Slatten, was sentenced to life imprisonment.

They had been convicted of having taken part in a shooting in Baghdad on September 16, 2007, a bloody episode which had provoked an international scandal highlighting in particular the use of private companies by the American army. He had heightened the resentment of Iraqis towards the United States.

Fourteen Iraqi civilians were killed and 17 injured. The Blackwater guards had claimed to have acted in self-defense. The White House said Tuesday evening that the four men, all former soldiers, had “a long history of service to the nation.”

Democrats have strongly criticized these pardon measures. “Trump places loyalty above everything else: above the rule of law, above our democracy, and certainly above justice,” said Adam Schiff, president of the House of Representatives Intelligence Committee.