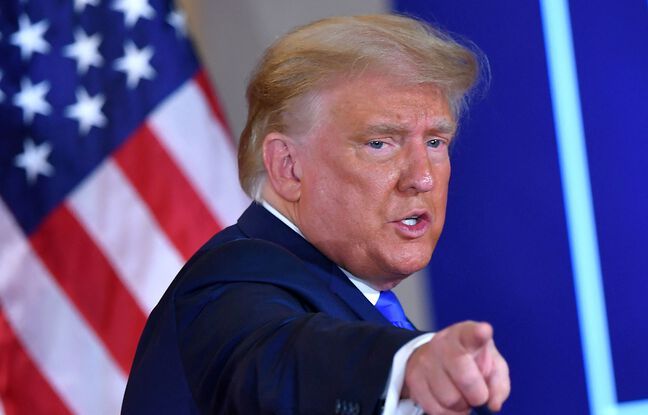 We thought he had calmed down since his forced departure from the Twitter social network, but it is not. Former President Donald Trump has taken a new step in his attacks on Senate Republican Leader Mitch McConnell, using a particularly crass slur to label him in front of donors, US media reported on Sunday.

The ex-president was raging against his former ally who he said did not help him block, on January 6, the official certification of the results of the presidential election in November, he said. Washington Post. In February, Donald Trump had already marked the break with Mitch McConnell by describing him as a “scowling, sullen politician”, and by affirming that the Republican Party would come out loser with such a person in charge among its leaders.

Held responsible for the attack on the Capitol

The billionaire, however, worked hand in hand with the senator from Kentucky, a skilful strategist, for four years. But Mitch McConnell declared him “responsible” for the murderous assault on Capitol Hill in January, saying the rioters had done so “because the most powerful man on the planet had fed them lies.”

Asked about Donald Trump’s remarks, the Republican Governor of Arkansas, Asa Hutchinson, admitted that his party could have done without this latest controversy. “Somehow it doesn’t really matter what he said, but at the same time, every time it gets talked about, we don’t need it. We need unity, to focus together (…). We have battles to fight, ”he told CNN on Sunday.