Donald Trump shoots red balls on his own camp 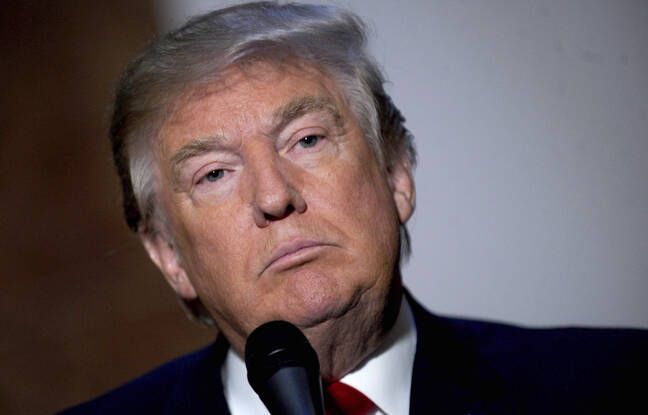 Donald Trump has changed his mind. And the most astonishing thing is that he is now mainly attacking his own camp. The US president redoubled his virulence on Tuesday against the tenors of the Republicans, described as “pathetic”, sowing a little more trouble in his party with the approach of two crucial senatorial elections.

From his club in Mar-a-Lago, Florida, and just before starting a new day of golf, Donald Trump expressed his frustration in a series of particularly virulent tweets. The object of his wrath: the increasingly solid prospect of Congress rejecting its veto on the defense budget, which would represent a first since his arrival in the White House.

The Republican Senate leader not impressed

“The weak and tired Republican ‘leadership’ will allow the bad defense law to be passed,” denounced the outgoing president on Twitter. Mitch McConnell, Republican Senate leader, made it clear soon after that he would not be fooled by presidential tweets, calling in a message of defiance to Donald Trump to have his veto rejected.

….Can you imagine if the Republicans stole a Presidential Election from the Democrats – All hell would break out. Republican leadership only wants the path of least resistance. Our leaders (not me, of course!) are pathetic. They only know how to lose! P.S. I got MANY Senators..

Crossing swords on several fronts, Donald Trump has also once again advanced conspiracy theories to deny his defeat to Joe Biden. And once again his targets are in his camp: “The leadership of the Republican Party chooses the path of minimal resistance. Our leaders (not me, of course!) Are pathetic. The only thing they know how to do is lose! “. The outgoing president, still very popular with Republican voters, accompanied his tweets with a thinly veiled threat to parliamentarians from his party. “PS I have elected many senators and members of the House of Representatives. I think they forgot! “.

The balance of power at stake

David Perdue and Kelly Loeffler will not fail to hear it. The two Republican senators play their seats on January 5 during two partial senatorials in Georgia, which captivates the political world. Because with them, the whole balance of power under Joe Biden is at stake. If the two Democratic candidates – Raphael Warnock and Jon Ossoff – win, the Democrats will regain control of the Senate, and will hold all the levers of power in Washington.

On paper, the Republicans start off in a good position, but Donald Trump’s angry last weeks in the White House worried the Grand Old Party. His tirades against the electoral system could notably undermine the mobilization of their voters in Georgia. Finally, the unexpected reversals of the president in the plan of assistance to the American economy embarrass Republican senators. Less than a month before his departure from power, the conservative camp is therefore increasingly worried about the scorched earth strategy of the 45th President of the United States.