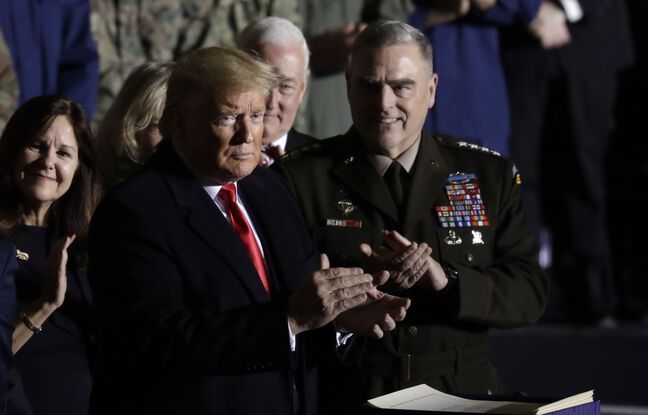 Donald Trump went on vacation to Mar-a-Lago, blasting his Republican allies in Congress. The US president on Wednesday vetoed the US defense budget, passed by Congress with an overwhelming majority, confirming his intention to shake up all political standards to the end.

This budget of $ 740.5 billion was approved two weeks ago by the Senate and the House of Representatives by an overwhelming majority which allows them, if most of the elected officials confirm their initial vote, to bypass the presidential opposition by adopting it again by qualified majority.

The Democratic Speaker of the House, Nancy Pelosi, accused the president of using “his last hours in power to sow chaos” by this “irresponsible act”, and announced that the deputies would return from vacation on Monday to “override the veto ”.

Four weeks before the inauguration of his successor Joe Biden, it would be a first, and a stain, in Donald Trump’s only term in the White House. “Unfortunately, this piece of legislation does not include measures critical to national security” and “runs counter to my government’s efforts to put America first in national security and foreign policy”, said the outgoing president in his official message to Congress, referring to a “gift to China and Russia”.

The budget sent back to Congress on Wednesday provides for a 3% increase in the salary of defense personnel. But the Republican billionaire had threatened to veto it in particular because the text does not include the abolition of a law, known as “article 230”, protecting the legal status of social networks, which he accuses of being biased against him.

“Article 230 facilitates the spread of foreign disinformation online, which constitutes a serious threat to our national security and the integrity of our elections,” he laments in his message to parliamentarians. He also thunders against the fact that the Pentagon’s funding law plans to rename military bases honoring generals from the Confederate camp, which defended slavery during the Civil War. “From these bases, we won two world wars”, he justifies, denouncing a desire to “sweep history”.

Donald Trump also rejects provisions which “go against” his “efforts to bring our troops home (…) from Afghanistan, Germany and South Korea”. “For all these reasons, I cannot support this text” which “places the interests of the Washington establishment above those of the American people”, concludes the president, who still refuses to recognize his defeat in the November elections and appears more and more engaged in a scorched earth policy as his inevitable departure approaches.