Donald Trump under threat of unprecedented setback in Congress 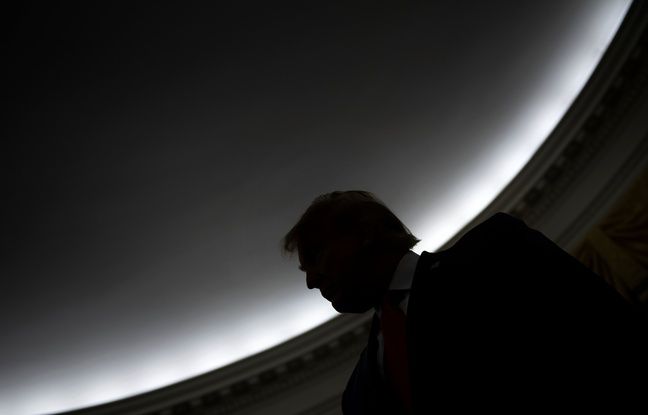 After having accepted, in a spectacular about-face, to ratify the stimulus plan, Donald Trump is threatened on Monday by a vote of Congress which tries to overcome the veto that the president has opposed to the vast defense budget.

For fifty-nine years, and despite the fierce political battles taking place there, elected officials from both sides have agreed on the military budget which is traditionally validated immediately by the president. And this new budget of more than 740 billion dollars was adopted in early December by the Senate and the House of Representatives with overwhelming majorities.

Donald Trump’s veto has caused consternation in his camp

In this context, Donald Trump’s veto, announced on December 23, caused consternation even in his camp. In addition to being, according to him, too favorable to China, the American president notably reproaches the text of opening up the possibility of renaming military bases honoring Confederate generals, who fought in defense of slavery during the Civil War ( 1861-1865).

Negotiated for months, this text is however “absolutely vital”, warned Republican tenors. In particular, it provides for a 3% increase in the salary of defense personnel.

The House, with a Democratic majority, will be the first to vote on Monday evening. He will need a two-thirds majority of parliamentarians present to override Donald Trump’s veto. The budget was adopted by 335 votes to 78. If some Republicans have indicated that they could change their vote this time, in order to follow the president, who is still very popular with their constituents, it would take a mass turnaround for the House fails to overcome its opposition.

If it succeeds, it will be the turn of the Senate, with a Republican majority, to decide in the coming days. It adopted the defense budget by 84 votes to 13.

Beyond partisan lines, parliamentarians could therefore inflict a hard snub on the 45th President of the United States, by circumventing his veto for the first time. The episode is all the more cruel as it underlines how much, since his defeat on November 3 and especially his strange crusade to challenge it by brandishing conspiracy theories, Donald Trump is every day more alone, less influential, less respected. He is still president until January 20, but, in the circles of power, his word no longer carries.

In a strange telescoping, the New York Post, one of the few newspapers that has grace in his eyes, published a scathing editorial on Sunday evening calling on him to put an end to this “sad comedy” and to recognize the victory of Joe Biden. “We understand, Mr. President, that you are angry that you lost. But to continue on this path is disastrous, we can read. We give you this advice as the newspaper that has supported you: If you want to remain influential, or even set the stage for a comeback, you need to turn your anger into something more productive. “