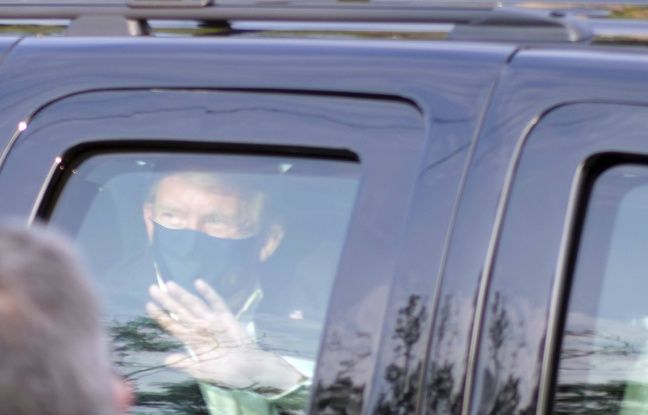 It was the “October surprise” of the US presidential campaign. On October 2, the White House announced that Donald Trump was positive for Covid-19. Four months later, the New York Times asserts that whoever was still President of the United States was in a more serious condition than his administration was kind enough to suggest at the time. This is not totally a surprise: the sick Donald Trump had to be hospitalized for a few days, which did not indicate a mild form of the disease.

The large New York daily indicates this Friday that before arriving at the hospital, the oxygen level in the blood of the former president was very low, in the 80%, without giving more details. However, when the level of oxygen in the blood approaches 90%, it is already very worrying. This is what prompted some of his relatives to have him hospitalized at Walter-Reed Hospital in Washington. Some, of his relatives, affirms the New York Times, thought that Donald Trump should have been placed on an artificial respirator, which was not a priori the case.

Doctor Conley, Donald Trump’s doctor, regularly downplayed the seriousness of the President’s state of health during this period. What he recognized in part from October 4: “I was trying to reflect the optimistic attitude of the team, of the president, of his evolution in the disease”, he declared, recalls the New York Times.

The newspaper also indicates how relatives of the former president tried and indeed succeeded in obtaining a drug from the Regeneron laboratory: a kind of cocktail of antibodies able to fight the coronavirus but which was not yet authorized to the time by the competent authorities. Donald Trump repeated to whoever wanted to hear it that it was this treatment that had saved his life. Except that, as stated in New York Times, this treatment is supposed to prevent hospitalizations …