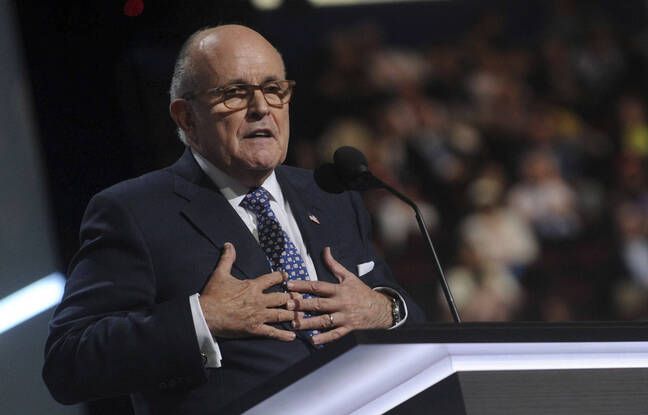 The FBI knocked on Rudy Giuliani’s door at dawn. The home of Donald Trump’s former lawyer, as well as his office, was raided by federal police on Wednesday as part of a criminal investigation into his activities in Ukraine, according to the report. New York Times. This is an extremely rare police raid on a lawyer. US justice seeks to determine if the former mayor of New York broke the law when he tried to obtain compromising information on the eldest son of Joe Biden and worked to obtain the dismissal of the American ambassador to Ukraine Marie Yovanovitch

According to New York Times, who quotes anonymous sources, federal prosecutors in Manhattan, after obtaining a search warrant for his apartment in the Upper East Side neighborhood, seized “electronic devices”, including phones and computers.

Speaking in front of the entrance to his father’s building, Andrew Giuliani, the son of “Mister Mayor”, judged the search “extremely disturbing”, “disgusting”, “absolutely absurd”, and accused the ministry of Justice for having acted for political reasons. “It is the continuation of the polarization of the Department of Justice, which must end. If it can happen to the President’s ex-lawyer, it can happen to any American, enough is enough. “

Although they never speak officially about this case, federal prosecutors have been investigating Giuliani’s lobbying activities in Ukraine for months. And more particularly on the possibility that the former personal lawyer of Donald Trump intervened with the Trump administration in 2019, on behalf of Ukrainian officials and businessmen, according to several media.

Rudy Giuliani, 76, has not been charged so far. But this search seems to indicate that the investigation is accelerating on the one who was, for months, one of the most vigorous defenders of the thesis supported by Donald Trump and rejected by the courts, according to which the presidential election of 2020 was rigged for the benefit of Joe Biden.

Prosecutors had already tried, under Donald Trump, to obtain a search warrant to gain access to Giuliani’s phones, but senior Justice Department officials opposed it, according to several media. The new team led by Minister Merrick Garland has visibly lifted this blockage.

Two men who worked for Giuliani in Ukraine, Lev Parnas and Igor Fruman, were indicted in New York in late 2019 for violating campaign finance laws. Their trial is scheduled for October. Last January, the US Treasury sanctioned four Ukrainians who assisted Rudy Giuliani in his efforts, accusing them of electoral interference. Andriy Derkach, in particular, is suspected by Washington of having ties to Russian intelligence.