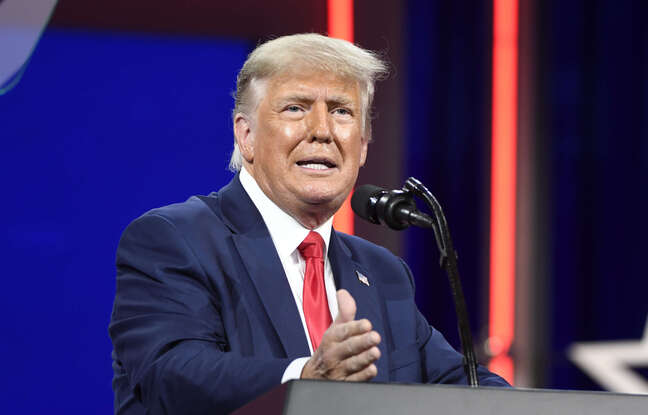 Donald Trump’s YouTube channel, suspended on January 12, will be able to resume service when the risk of violence has dropped sufficiently, said Susan Wojcicki, the boss of Google’s video service, on Thursday, nearly two months after the invasion of the US Congress. by pro-Trump extremists.

“I want to confirm that we will lift the suspension of Donald Trump’s channel, (…) when we have determined that the risk of violence has decreased”, she said in an interview with the Atlantic Council, a think tank.

The former US president was ousted from major platforms in the wake of the deadly attacks on Capitol Hill, for inciting his supporters to violence.

Twitter, which was his network of choice, banned him for life. Facebook suspended him “indefinitely”, but its Supervisory Board must rule on a possible return, or not, of the Republican billionaire.

“Given the Capitol Police warnings yesterday of a potential attack today, I think it’s pretty clear that a high risk of violence remains,” Wojcicki said. The Capitol was placed under tight security Thursday after the announcement that a “militia” was seeking to attack the seat of Congress.

Donald Trump tried for months to discredit the presidential election by assuring that there would be, then there had been, massive fraud. At a rally on Sunday, he still did not admit his electoral defeat and hinted that he could run again in 2024.

YouTube intends to rely on the reports of the police to decide if the tempestuous politician can return.

The contents will be examined

The boss of the service recalled that her account had been suspended for a week because it was the first warning against her. The ban had been extended due to the risk of violence.

“When the channel is active again (…) we will examine the content to see if they violate our regulations on violence or respect for the integrity of the elections,” she detailed. According to the platform’s regulations, a channel that receives three warnings in less than 90 days is permanently deleted.

The decisions of social networks, long accused of complacency vis-à-vis the former head of state, were considered too late by a large section of civil society, and as censorship by many conservatives. Some associations defending freedoms and political leaders from democratic countries have been moved by a dangerous precedent in terms of the power of the giants of technology over freedom of expression.