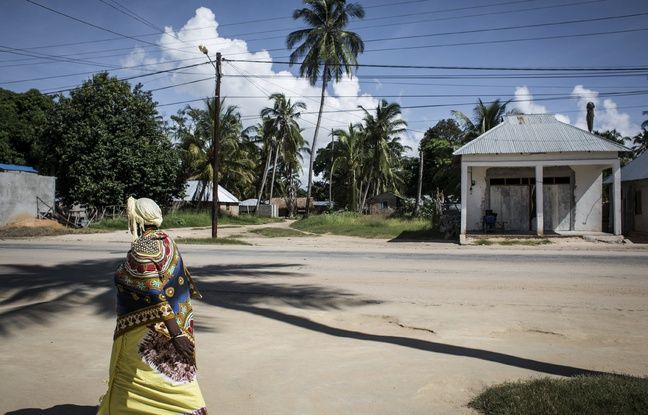 Dozens of civilians have been killed in recent days in a spectacular jihadist attack in northern Mozambique, while thousands of people continued to evacuate the area by all means and urgently, according to several sources and witnesses. The Mozambican government confirmed on Sunday evening that at least seven people were killed in an ambush on Friday, trying to escape from a hotel where they had taken refuge.

And “dozens” of others during the initial attack on Wednesday against the small port town of Palma, located just ten kilometers from a gas site run by the French group Total, a mega-project of twenty billion dollars. dollars, supposed to be operational in 2024. Palma fell into the hands of these armed groups on Friday evening, after more than 48 hours of fighting.

Influx of refugees in Pemba

“More than a hundred people are missing,” said researcher Martin Ewi, of the Institute for Security Studies in Pretoria, citing a “still very confused situation”. The jihadists, who have pledged allegiance to the Islamic State, and who have terrorized the predominantly Muslim province of Cabo Delgado, bordering Tanzania for more than three years, launched their surprise attack Wednesday afternoon on three simultaneous fronts, sparking the panic for its 75,000 inhabitants.

Witnesses told the NGO Human Rights Watch that they fired “all over the place at people and buildings”, leaving a trail of bodies in the streets. “Their actions resulted in the cowardly murder of dozens of defenseless people,” Colonel Omar Saranga, spokesperson for the Defense Ministry, denounced during a press briefing. The inhabitants, including many refugees who have already escaped jihadist violence in their villages, have resumed their flight.

Some rushed towards the surrounding forests, others towards the beaches where they boarded boats. Still others left on foot or by car to the gas site. There, they knocked on the door of the ultra-secure perimeter on the Afungi peninsula for shelter. A boat carrying 1,400 people, “left the Afungi site” the night before, arrived Sunday in Pemba, the provincial capital about 200 km away, said a source participating in this evacuation operation.

Ambush against a convoy of civilians

Among them, non-essential personnel from the gas site but above all residents of Palma who came to take refuge there. On the beaches of Pemba, canoes and traditional sailing boats, loaded with refugees, arrive from the coasts of Palma and Afungi, according to several sources. At the airport, regular flights have been suspended to make way for military operations, according to officials there.

Caritas, a humanitarian organization present in the region, has confirmed the influx of refugees in Pemba. “Employees of companies from Palma in particular are arriving,” said Manuel Nota, its manager. “Now we are awaiting the arrival of the most vulnerable so that we can provide them with assistance,” he added, adding that his organization had interrupted its food deliveries to Palma since the attack. “Evacuation operations are underway,” confirmed the regional director of Human Rights Watch, Dewa Mavhinga.

Among the 180 people who spent more than 48 hellish hours under siege in a hotel in Palma, located between the city and its airport, after fleeing the attack on Wednesday, several dozen remain missing. Some 80 of them left on Friday in 17 military trucks, only seven of which were able to exit the conflict zone. No source could immediately specify what became of the people on board the other ten trucks. But an ambush against several of them left at least seven dead, the government confirmed.

“An unknown number of people probably died trying to flee the Amarula hotel, when their convoy was attacked,” says Dewa Mavhinga. Mobile phone communications remain very uncertain in the region, no doubt due to intentional interference by government forces, according to several sources.

Britney Spears takes a rest away from social media