Dreaded Bengal tiger killer arrested after 20 years on the run 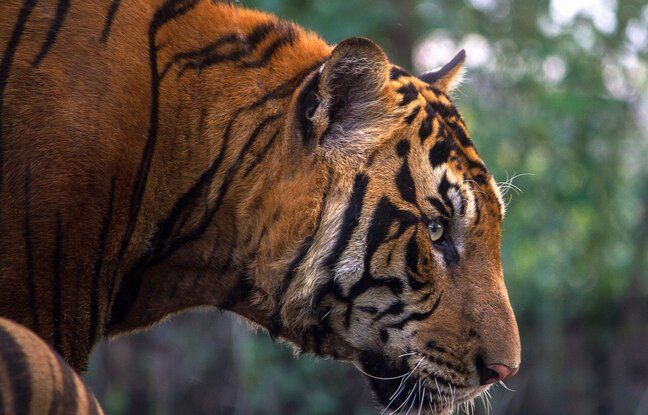 Police in Bangladesh (South Asia) arrested a poacher wanted for nearly 20 years in the south of the country where he allegedly killed some 70 Bengal tigers, an endangered species. Habib Talukder, nicknamed “Bagh Shikari” (tiger hunter), who was legendary in the south of the country, was arrested by police last weekend after being on the run for nearly 20 years.

The 50-year-old poacher was “difficult” to catch as he lived on the edge of a forest where he fled whenever law enforcement made a descent, local police chief Saidur Rahman said on Monday. . “We’ve been trying to get him stuck for a long time.” A pipe finally allowed us to get there and send him to jail, ”the officer congratulated himself.

“We respect him as much as we fear him”

He had chosen for his hunting ground the mangroves of the Sunderbans, in the south of the country, which stretch over 10,000 km from India to Bangladesh. They are home to one of the largest populations of Bengal tigers in the world, the species of which is endangered. The poacher began his career collecting honey in the forest before hunting the big cat whose skin, bones and even flesh sell for a high price on the black market. “We respect him as much as we are afraid of him”, admits Abdus Salam, hunter of honey, “he is a dangerous man capable of fighting alone with Mama (the tiger) in the forest”.

A relief for the authorities

The forestry department of Bangladesh had only 106 Bengal tigers in 2015, compared to 440 specimens in 2004. By 2019, the population had increased to 114 individuals thanks to a strong crackdown on poaching and banditry in this region. For the regional conservator of forests, Mainuddin Khan, the news of the arrest of this criminal is a “relief”. “It gave us serious headaches”, he confided, “it represented a great threat to the biodiversity of the forest”.