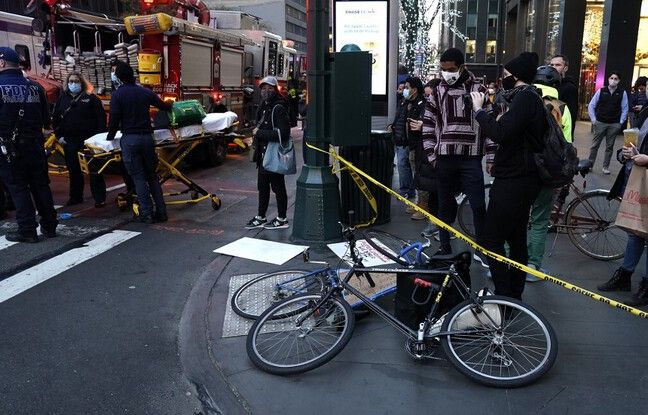 A motorist hit several people on Friday afternoon in downtown Manhattan (United States) where a demonstration was taking place against the detention of undocumented migrants. Several injured were transported to different hospitals in the metropolis and “the injuries do not seem to be life threatening” for the victims, said the spokesman for the New York police.

Five demonstrators interviewed all assured that the vehicle, driven by a woman, had deliberately accelerated, after being slowed down for the first time by several people. The police spokesperson nevertheless considered that it was “too early to say whether (it was) an intentional act or an accident”. The driver remained at the scene after the incident and was arrested, according to the same source.

“I thought I was going to die”

The incident took place shortly after 4 p.m. local time, when around 50 protesters were at the crossroads of 39th Street and 3rd Avenue. The vehicle would have moved straight towards the procession. “I tried to slow the car down,” said Angel Rivera, a protester. She slowed down a bit… and left. I dived to the side. “I saw people being thrown in the air,” said Joey, a protester who refused to release his last name. It was totally intentional. “

“I thought I was going to die,” said Budi, another demonstrator, saying that he regretted that the police officers present, who were supervising the demonstration, had not better protected the demonstrators. The latter protested against the conditions of detention of undocumented migrants arrested by the immigration services (ICE), imprisoned in particular in Hackensack, New Jersey, where several of them went on hunger strike.