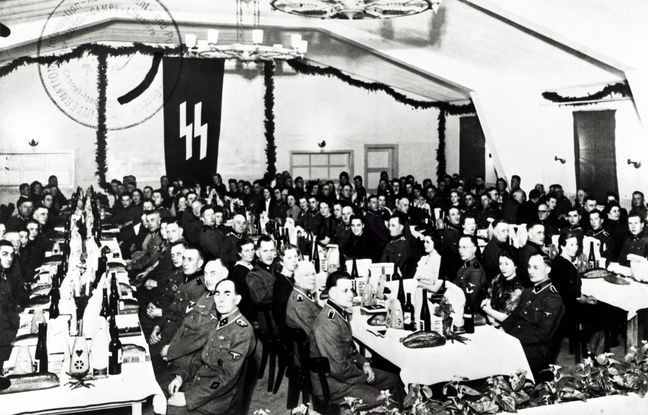 German justice announced Thursday the abandonment of the prosecution “for complicity in murder” against a former concentration camp guard in the nineties living in the United States, where he is the subject of a deportation warrant.

For the procuratorate of Celle, in Lower Saxony, the investigation conducted in the United States did not allow to demonstrate “the complicity of the suspect in concrete cases of murders”.

The man has lived in the United States since 1959

Resident in the United States since 1959, Friedrich Karl Berger, 95, is suspected by the American justice of having been complicit in the death of prisoners while he was a guard in the concentration camp complex in Neuengamme, south-east of Hamburg, and in one of its outer camps near Meppen, in particular during an evacuation operation in March 1945.

The American court specializing in immigration cases had decided in March to deport him to Germany for “having voluntarily served as an armed guard of a concentration camp where persecution took place”.

If Friedrich Karl Berger admitted to having kept prisoners in these camps, he denied having observed ill-treatment and having been one of the guards supervising an evacuation. “The fact that the accused admitted having served in a concentration camp, where prisoners were not systematically exterminated, is not sufficient as such as proof”, argues the prosecution in a statement. “There are no other evidence” allowing the prosecution to continue in Germany, he added.

If these camps were not places of extermination, the detainees lived there in “atrocious” conditions and were subjected to forced labor “until they died of fatigue”, estimated the American judge Rebecca Holt in March. A total of 379 prisoners died, often from exhaustion, during evacuation operations towards the end of the war.

It is now up to the American authorities to decide whether or not they will return him to Germany, a spokesman for the prosecution told AFP, stressing that the dropping of the charges in Germany “had no direct link” on the procedure across the Atlantic. Friedrich Karl Berger also has the possibility of appealing to the Supreme Court of the United States, which can suspend his deportation for several years.

The American government created in 1979 a program dedicated to the search and the expulsion of the former Nazis installed in the United States. Since then, 67 people have been deported in this context. The most recent took place in August 2018 and involved a 95-year-old former SS guard, Jakiw Palij, who has been in New York since 1949.