Dropped on all sides, Governor Andrew Cuomo refuses to resign 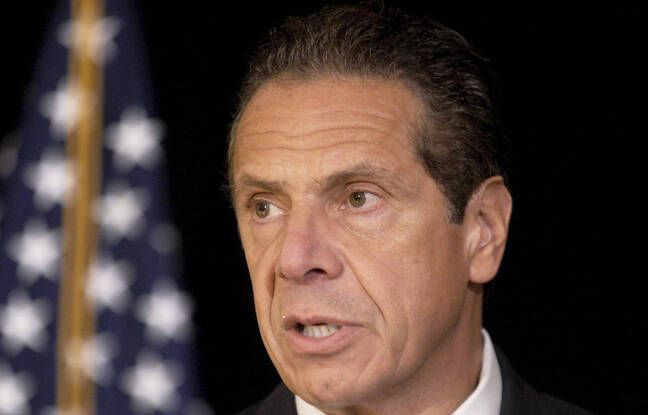 The harder the fall will be. The governor of New York State again refused on Friday to resign, despite a torrent of calls to this effect, particularly from heavyweights from his own Democratic camp, after multiple accusations of sexual harassment and touching his against. “I will not resign”, declared Andrew Cuomo during a telephone press briefing, assuring, as the previous week, “not to have done” the things of which he has been accused by six women, successively, since the end of February. .

But, a few hours after his statements, calls for resignation redoubled: the powerful leader of the Democrats in the Senate, Chuck Schumer, elected from the State of New York, in turn considered that Cuomo had “lost confidence of its government partners and New Yorkers ”and was to resign, in a joint statement with the other state senator, Kirsten Gillibrand. And testimonies from two new women emerged, expressing unease at the governor’s behavior they said was inappropriate.

In two weeks, the fall of this 63-year-old governor, who was widely considered to be a hero in the fight against the pandemic in 2020 and whom some were then pushing to run for the White House, is dizzying. He who has run the State of New York for 10 years has once again on Friday called not to condemn him now, and to “wait for the facts” – in other words the results of the investigations announced on these allegations.

True to his reputation as a tough man, he defended himself vigorously, assuring that the allegations against him were “false” and suggesting that he was a new victim of the “cancel culture” which is raging in the United States. . This movement, mocked by many Republicans, pushes for the withdrawal from the public sphere of works or personalities judged guilty of abuse or discrimination against sexual or ethnic minorities.

The governor, whose third term does not expire until 2022, has given the impression that he will do anything to avoid resignation and continue to govern New York State. Unlike other men of power – Donald Trump being a particularly notorious exception – who threw in the towel after accusations of harassment or sexual assault, before the results of any investigations.

Can he hold out in the face of pressure which has been increasing hourly since Wednesday? It was on that day that a sixth woman, one of his employees, made the most serious accusations to date, accusing her of having put her hand under her blouse at the end of 2020, in her official residence.

Two new women joined the top six on Friday. A former journalist who covered the governor accused him of inappropriate gestures, especially in 2012 and 2014, she said aimed at humiliating him. And another ex-governor’s employee, identified only by the first name Kaitlin, told the New York Magazine how uncomfortable he had made her.

Since Wednesday, the majority elected Democrats in the New York Parliament were already more and more numerous to demand his resignation. On Friday morning, it was the turn of influential New York Democrats elected to the House of Representatives to demand the governor’s departure, including left-wing star Alexandria Ocasio-Cortez and veteran Manhattan representative Jerry. Nadler.

If he were to continue to hang on, only an impeachment procedure seems to be able to force him to leave against his will. Such a procedure, unprecedented in New York State since 1913, requires a simple majority in the lower house and two-thirds in the upper house.