Due to fishing, tension shows between France and the United Kingdom around the island of Jersey 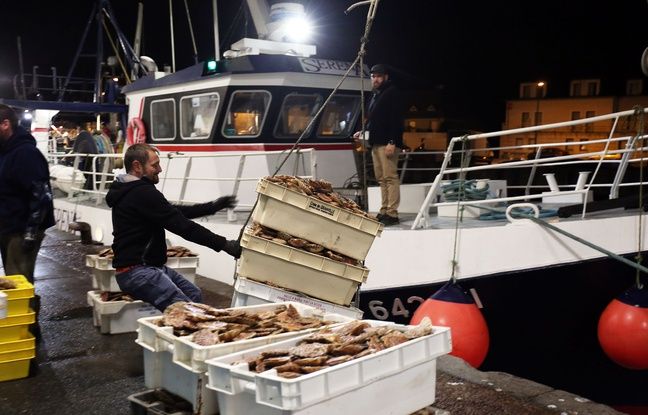 Dozens of French fishing boats converged on Thursday morning in front of the port of the capital of the Anglo-Norman island of Jersey, to protest against the fishing conditions imposed on French sailors after Brexit. Between 50 and 70 boats had been sailing since 7 am in peace in front of the port of Saint-Hélier, noted an AFP photographer who had boarded a Norman boat during the night. A few smoke bombs were ignited in the early morning.

A few miles away, two Royal Navy ships, HMS Severn and HMS Tamar, were deployed to “monitor the situation”, according to a spokesperson for the British Ministry of Defense, citing “a strictly preventive measure in agreement with the Jersey government ”.

“The situation is generally very calm”

These British “maneuvers” “should not impress us,” French Secretary of State for European Affairs Clément Beaune told AFP. In response, two French patrol boats were sent not far, according to the French maritime authorities.

According to a French military source, “the situation is overall very calm”. “The instructions not to block the interior of the port are being followed” for the moment by French fishermen, this source told AFP. The latter must return to their home port at the beginning of the afternoon.

“Sad to come to this”

Wednesday, the president of the regional fisheries committee of Normandy Dimitri Rogoff assured that it was not a question of blocking Saint-Hélier but to “mark the occasion”. “There is no question of attacking (…) The goal of the game is to show oneself, to show that the fishermen are determined, to support what has been called for”, he said. he declared to AFP, referring to the “quite virulent” remarks of the French Minister of the Sea Annick Girardin.

On Tuesday, Annick Girardin said France was ready to resort to “retaliatory measures” if British authorities continued to restrict French fishermen’s access to Jersey waters. Before the National Assembly, she alluded to possible repercussions on the “submarine cable electricity transport” that supplies the island from France.

According to Paris, the United Kingdom on Friday published a list of 41 French vessels, out of 344 requests, authorized to fish in Jersey waters, but this list is accompanied by new requirements “which have not been concerted, discussed or notified before ”as part of the Brexit agreement between London and Brussels, in force since January 1.