During an operation with Mali and Niger, the French army kills “several dozen” jihadists 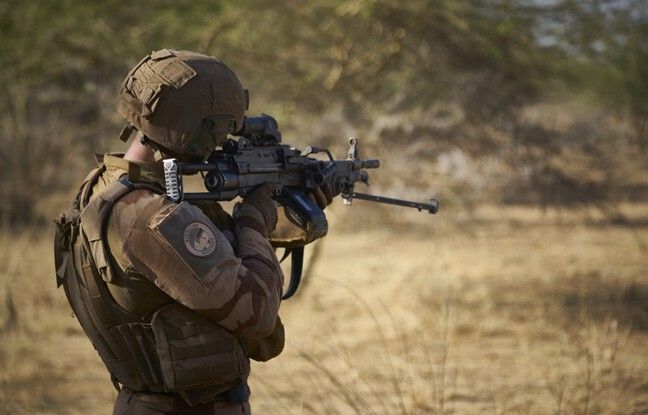 “Several dozen” Daesh jihadists were killed in an operation carried out throughout the month of October by 3,000 French, Nigerien and Malian soldiers on the Malo-Niger border, we learned from the force on Tuesday French Barkhane.

The day before in Bamako, the French Minister of the Armies Florence Parly had announced that Barkhane had also killed Friday in Mali “more than 50 jihadists” affiliated with Al-Qaida, near the Burkinabe border.

Human and material losses for the jihadists

Operation “Bourrasque” mobilized for its part “3,000 men, including 1,600 from Barkhane, 1,100 Nigeriens and 300 Malians” in the Liptako region, according to Lieutenant-Colonel Hubert, head of the command post of this operation, installed in Niamey. The operation which has just ended has also benefited from substantial American support (intelligence, drones, in-flight refueling).

The French soldiers and their partners went to attack small residual pockets of the Islamic State group (another name for Daesh) in the Grand Sahara (EIGS) located on the borders of Mali and Niger. “The operation fulfilled its objectives. We neutralized dozens of individuals, we had a very strong effect against their logistics and seized a lot of weapons and motorcycles ”, detailed in Gao (north-eastern Mali) the commander of the Barkhane force, the General Marc Conruyt, while refusing to give a precise count of the losses inflicted on the adversary.

Designated last January as enemy number one in the Sahel by French President Emmanuel Macron, the EIGS “has suffered for several months a number of human losses and resources which have singularly weakened it, even if we must remain cautious” , underlined the officer.

“We have gone very far in the combat partnership with our Nigerien and Malian partners”, integrated at all levels of the operation, from the general staff to the combat units, he argued, by considering himself “very satisfied with the results obtained”. “The operation allowed our partners, who were severely attacked in the region last year, to regain confidence. The Nigeriens were very proud to win these victories at our side ”, added Colonel Eric Lafontaine, who commanded several hundred French soldiers engaged in“ Bourrasque ”.