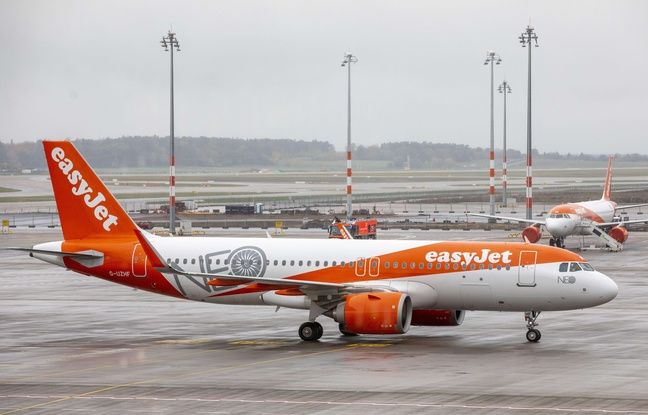 In response to containment measures imposed across Europe, the airline Easyjet announced Friday that it was reducing its flight capacity to “20% at most” of what it initially planned for this period. This decision is valid for the last three months of this year.

The British company wants to “minimize its losses” in the first half of its staggered fiscal year (ie the six months between October 2020 and March 2021) and “retains the possibility of rapidly increasing” the number of flights if demand returns, indicates- she in a statement.

The company sells its planes

Its “low cost” competitor Ryanair is also constantly revising its flight capacity downwards for the coming months, and is now counting on at most 40% of last winter’s level, as the United Kingdom, France, Germany, Ireland, among others, are closing their savings for several weeks.

Easyjet also indicates the sale of 11 A320 aircraft for 130.7 million pounds, in order to strengthen its liquidity in the midst of a pandemic and historic aviation crisis. The transactions provide that these devices will be sold to companies specializing in aircraft leasing. EasyJet will then sign a contract with these companies in order to be able to rent the aircraft and continue to use them.

After these disposals are finalized, the carrier will keep 141 aircraft that are fully owned by it, or 41% of its fleet. At the end of October, EasyJet had already announced to solidify its liquidity thanks to the sale of nine planes for more than 300 million pounds, also of the A320.