After the abandonment of T4 at Roissy, will the epidemic have the skin of airports? 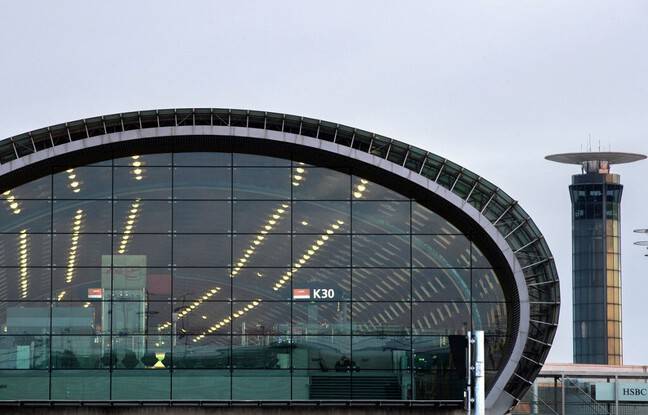 Airport developments are no longer in the wind. Almost twenty years after the burial of the third Parisian airport, two years after the end of the Notre-Dame-des-Landes saga in Nantes, on Thursday the government announced the abandonment of the Roissy expansion. By 2037, the first French airport was to accommodate a fourth terminal. This Q4 was supposed to accommodate 40 million more passengers per year. But, ecological crisis requires, this project between 7 and 9 billion euros had many opponents and opponents.

“It is an obsolete project, which no longer corresponded to the environmental policy of the government”, justifies the Minister of Ecological Transition, Barbara Pompili. More broadly, “a consensus is also emerging, pushed by the Citizen’s Convention on the climate, on a moratorium or a ban on the expansion of airports”, underlines to 20 Minutes Paul Chiambaretto, professor at the Montpellier Businness School, director of the Pégase chair dedicated to the economics of air transport. The question could therefore soon arise for Nice, the second largest airport in France, and Lille, more modest, which also have their expansion plans.

The image, already bad, of this type of project, has deteriorated further with the health crisis. Passenger traffic fell 67% last year due to the pandemic. If it is difficult to imagine that air traffic remains in this state, however, some do not see it recovering anytime soon. “We do not anticipate a return of world tourism to a normal level for two to four years,” said Marie Delaplace, professor at Gustave-Eiffel University and at the Paris Urban Planning School, interviewed by 20 Minutes. It could be worse for business travel: “Long distance relationships are going to last in a big way. Before the crisis, teleworking was marginal but it was developing, today it is extremely important because it is recommended, and its development will continue ”, forecasts Marie Delaplace.

Air transport is in crisis, probably the biggest crisis in its very history, but “the sector is resilient”, believes Paul Chiambaretto, who sees it only as a “cyclical” crisis: “Instead of having the expected traffic in 2035 we will have it in 2040. ”The specialist is therefore worried about the government’s decision for Paris airport capacity. Marie Delaplace less. She sees a new growth perspective only from the moment when planes “really less polluting” emerge: not for at least twenty years according to her. Barbara Pompili also asks Paris airport to prepare for the arrival, so distant, of hydrogen planes.

For Marie Delaplace, it is “extremely unlikely” that large airports are really in difficulty, however. Even Orly, the second Parisian airport, closed for long weeks at the height of the health crisis, does not seem threatened. The story might be different for smaller airports. Apart from the crisis, regional airports are already mostly unprofitable and under almost permanent artificial respiration, thanks to local communities and Chambers of Commerce and Industry.

The proposals to do away with the interior lines that can be done in less than 2:30 or 3:30 by train are multiplying and put them directly on the spot. Could some small airports shut down altogether? Perhaps, but in the majority of cases, the simple threat of an airline shutdown mobilizes the ban and the backbench of local politico-economic circles. Paul Chiambaretto remembers the rumors about the removal of the line between Paris and Perpignan a few months ago: “On the same day Carole Delga [la présidente de la région] said no, explaining that the city’s competitiveness was in danger. Entrepreneurs have stepped up to the plate. “

Regional airports are still seen by local decision-makers as important levers of economic development. “10% more connectivity means 0.5% more local GDP for the region,” says Paul Chiambaretto. So, for these small infrastructures, the solution could go through regroupings and specialization. “It would be a way of rationalizing things. Some could specialize in freight, others in passenger traffic, still others in maintenance, ”he considers. In any case, it will be expensive, especially in public money. In ecological debt too?

Share
Facebook
Twitter
Pinterest
WhatsApp
Previous articleMembers of Parliament who take off their masks once the cameras are off? False
Next articleFacebook believes it has “played its part” during the riots on the Capitol

The mysterious inventor of bitcoin now has his statue in Budapest