Business leaders rather “confident” for a recovery in 2021 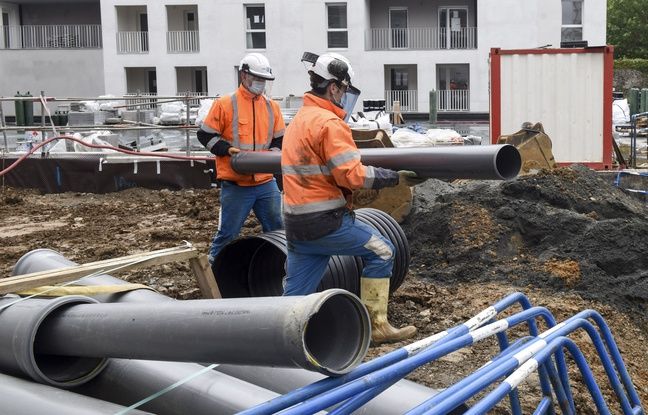 It will not surprise anyone: the year 2020 was marked by quite a blow to the economy of the Loire-Atlantique department. In a context of health crisis, 58% of companies in the department show a drop in turnover, in particular in the hotel and restaurant, industry and construction sectors, reveals the economic outlook survey carried out by the Banque de France and the Chamber of Commerce and Industry (CCI).

But the department is doing “overall better” than the national average. Only 15% of companies thus indicate having reduced their workforce in 2020. And some 22% even declare an increase in turnover accompanied, most often, by recruitments. The latter are found in the digital, IT services, agrifood or marine renewable energies sectors.

“We can see that the order books are being rebuilt”

What about 2021 then? Well, if prudence remains for the most part in a context that is still uncertain, business leaders “are relatively confident” and “expect a recovery in activity with growth of 5% to 10%”, report the CCI and the Banque de France. “The industry is counting on good overall dynamics, the morale of its leaders has not been too affected. The aeronautics industry has obviously suffered but its recovery plan, supported by the State, is strong. All market services show favorable prospects and growth of over 7%. Construction should also experience good momentum, ”considers Hassiba Kaabeche, regional director of the Banque de France.

“We have an index of business leaders’ confidence which has been improving since September. This is not really a surprise, we have seen for several months that the order books are reconstituted ”, adds Yann Trichard, president of the CCI of Nantes-Saint-Nazaire. The improvement in employment should however be slow since more than three quarters of the companies questioned plan not to recruit.

“The economy has adapted to the context”

The Banque de France and the CCI praise the “diversity” of the economic fabric and the “solidarity between leaders” which allow the Pays-de-la-Loire region, and the Loire-Atlantique department in particular, to “resist better” that others. They also welcome the “essential” aid from the recovery plans (State, region, Europe).

What if the health situation does not improve in 2021? “We should probably review the forecasts, admits Yann Trichard. But the economy has been able to adapt to the context. If state support remains, it will continue to function. The CCI and the Banque de France also insist on the role of consumers if the coronavirus recedes. “There is currently a surplus of household savings,” says Hassiba Kaabeche. The way out of the crisis will be successful provided that consumption picks up significantly. It will be a major issue. “

Decisive week for The Republicans, still not out of the galley of choosing a candidate