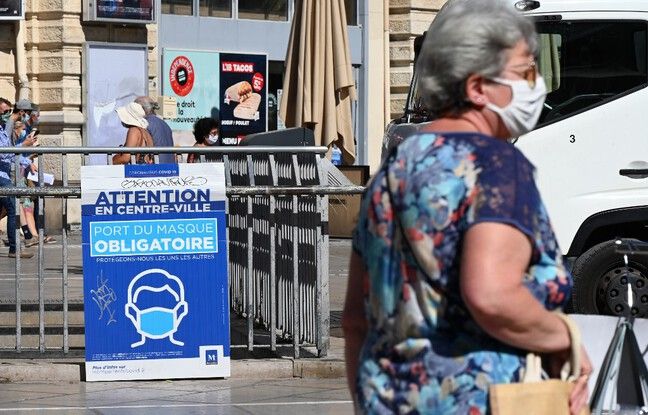 Several elected officials and associations of elected officials such as the Association of Mayors of France (AMF) demanded Friday the opening during the confinement of more local shops, “placed in a situation of serious imbalance of competition” compared to the great distribution. “Downtown commerce, already weakened by the first confinement, is driven by small-scale businesses which do not have the capacity to withstand a sudden and persistent drop in their activity without endangering their very existence”, the AMF underlined in a press release.

“They do not understand that activities identical to theirs can be authorized for large distribution or distance selling companies, they are thus placed in a situation of serious imbalance of competition”, added the association. According to her, “some businesses such as bookstores or hairdressing salons could be essential services”. Many voices were also raised to denounce the possibility for Fnac and other players in mass distribution to sell books. The government ended up imposing on Friday evening the temporary closure of their culture departments “for the sake of fairness”.

At the national level too

Cities of France, which brings together cities of 10,000 and 100,000 inhabitants and their intercommunalities, for its part “called on the government to revise its position on the opening of shops in the city center and displayed its availability to find solutions allowing either to reopen these essential activities, or at least that the shelves of ‘non-essential’ products of large and medium-sized surfaces are closed ”.

Vice-president Les Républicains of the National Assembly Annie Genevard also pointed to the “distress” of small traders, the situation accentuating “the real risk of withering away from our city centers”. The deputy and president of Debout la France Nicolas Dupont-Aignan rebelled: “The government created an unjustifiable distortion of competition by leaving open the large surfaces and international groups like Amazon which do not even pay all their taxes in France”.

Including in the majority, the vice-president of the LREM group Sophie Beaudouin-Hubière wrote to the Prime Minister Jean Castex to denounce a “decision all the more unfair that the rules of distancing were well respected” in these businesses. Some mayors, such as the rebellious French councilor of Fâches-Thumesnil (suburb of Lille) Patrick Proisy, announced that they had taken decrees authorizing the opening of non-food businesses.