With The Reconfinement, Bercy Expects A Public Deficit At 11.3% Of GDP In 2020 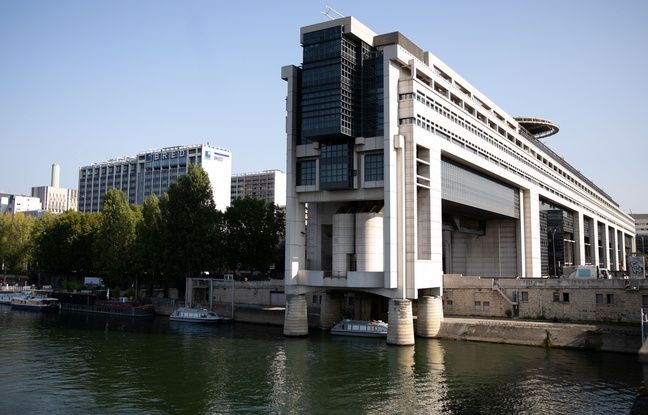 As expected, the reconfinement will weigh on public finances. The French public deficit should stand at 11.3% of gross domestic product in 2020, the Minister of Public Accounts, Olivier Dussopt announced on Sunday. It is therefore a figure worse than the last estimate to date which counted on 10.2%.

Thus, the deficit “is forecast at 248 billion euros in 2020”, specified the minister in Sunday newspaper. On Friday, the Minister of the Economy, Bruno Le Maire, had already announced that the public debt should reach 119.8% of GDP this year, and no longer 117.5%, a level never seen before. And it is the re-containment, which entered into force in the face of the resurgence of the Covid-19 epidemic, which explains this worsening of public accounts.

As since the start of the health crisis, with a first lockdown in the spring, the government has taken costly measures to support the economy. In total, 20 billion new euros will be released to deal with the crisis, over a period of eight weeks. They will be added to the nearly 470 billion euros planned since March. “We agree to massively degrade our public finances, but ensuring that it is temporary: the emergency and recovery measures will not be sustainable”, assured Olivier Dussopt, recalling two exceptions: the recovery plan of the system of health, says Ségur, and lowering certain taxes on businesses.

???? You are a #company or a #association, your activity is affected by the health crisis and you have questions about emergency measures ❓ 0806 000 245 (non-premium rate call) will be available from Monday 2/11 at 9am.
➕ info ➡️ https://t.co/9qqQLSG1b3 pic.twitter.com/LEn2RwmXDr

The Advantage Of Low Interest Rates

As such, the Minister Delegate reiterated the government’s promise not to increase taxes to repay the public debt. “Repayment will be made over time, over several years, thanks to reforms, growth and control of public spending,” he said. “We are holding on because the French state is able to borrow under favorable conditions”, insisted the minister. “Then, we give ourselves the means so that the recovery is there”.

The reconfinement must also worsen the situation of the French economy as a whole. According to estimates given by the government on Friday, GDP is expected to contract by 11% this year, against a previous estimate of -10%. “We are going to have a fourth quarter which will be difficult, obviously, we are confined, the French economy will turn less strong than usual,” Bruno Le Maire warned on Friday.

Against the current: Peruvian app sparks divergent thinking with imagination and creativity

There is application Peruvian mobile that seeks to help people expand their creativity and imagination. Is...

Werner Herzog, director of “Fitzcarraldo” and “Aguirre, the Wrath of God”, received the Lima medal

german filmmaker Werner Herzogauthor of various international productions shot in Peru, returned (once again) to Lima to be awarded...

The incident is being taken seriously by Washington. The head of US diplomacy, Anthony Blinken, has decided to...

Against the current: Peruvian app sparks divergent thinking with imagination and creativity

Werner Herzog, director of “Fitzcarraldo” and “Aguirre, the Wrath of God”, received the Lima medal