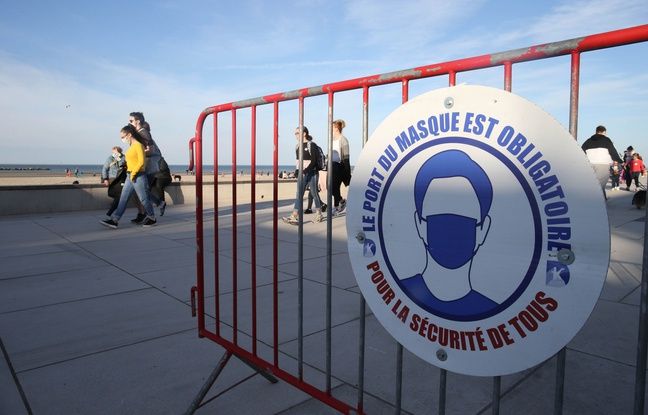 The mayors of Dunkirk and Boulogne-sur-Mer will authorize on Saturday “non-essential” businesses to sell their products outdoors, despite local confinement, in order to maintain equal treatment between traders, they announced Friday evening.

Patrice Vergriete, DVG mayor of Dunkirk, “signed a municipal decree which will come into effect tomorrow and which will allow” non-essential “sedentary traders to sell their products outside, in front of their store (…) This decision aims to maintain the equal treatment of traders, ”wrote the town hall in a press release.

“A distortion of competition”

“Since the entry into force of the new measures aimed at combating Covid-19, sedentary traders categorized as” non-essential “have to face a distortion of competition. In fact, itinerant traders can work, especially in the markets, ”explains the town hall.

“Following discussions with traders from Dunkirk, Patrice Vergriete decided to issue a decree allowing the latter to also settle in the public space, in consultation with the city services for the proper organization”, she continues.

The traders will be authorized “to occupy the sidewalk (…) on condition of leaving a corridor of one meter reserved for the circulation of the pedestrians and to respect the social distancing”, until April 17.

The PS mayor of Boulogne-sur-Mer, Frédéric Cuviller, then announced that he had “taken the decision to allow the installation of goods outside by decrees authorizing the occupation of the public domain, in order to support (the) traders who have requested it ”.

Ban on gatherings of more than six people

“The occupation of the public domain is, of course, granted free of charge and can begin tomorrow Saturday. Traders who wish to do so are invited to contact the town hall, ”he said in a message posted on his Facebook page.

“By this measure, I wish to bring coherence to a national device which is difficult to understand and to remove a major contradiction, which penalized sedentary shops”, he explains, specifying that the physical distancing and the prohibition of gatherings of more than six people must be respected.

The prefectures could not be contacted immediately to react.