The reform accentuates the inequalities on the return to work 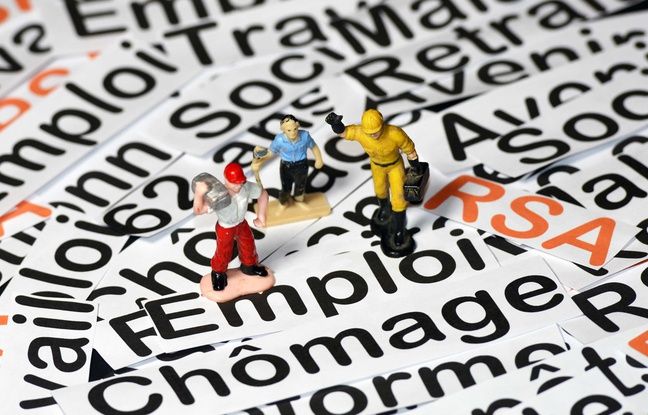 The new method of calculating the unemployment insurance benefit will disadvantage job seekers who resume an activity straddling two months, according to a study by Unédic revealed Monday by the CGT, which sees it as an additional reason to challenge the reform.

Taking various examples of people with split contracts, Unédic notes that the new calculation methods, which must come into force on July 1, will have the effect of “paying less daily allowances to an employee who resumes an activity on horseback. over two months than to an employee having resumed an activity of the same duration during one and the same calendar month ”.

“Although this trend was already observed (…) the provisions resulting from the 2021 decree significantly accentuate the impact,” adds Unédic in this study carried out at the request of the union.

“These inequalities of treatment, for strictly identical employees (same wages, same jobs), can be even more important than what the first analyzes could let fear”, commented the sociologist Mathieu Grégoire while presenting the study Unédic during a CGT press conference. This is the consequence of the impact of the reform of the daily reference wage (SJR), the basis of compensation, on the complex rules of the combination of allowance and wages (reduced activity) which mean that each additional day of employment in the months results in a decrease in monthly compensation.

According to Mathieu Grégoire, in the examples of the study, “in a month, there will be no more allowance possible from the 16th day of employment”, against 25 under the old rules. Consequently, for a 31-day contract that would be spread over two months (15 days on one, 16 on the other), the applicant would only receive one day of unemployment benefit over the two months against a whole month. if its 31 days are in a single calendar month.

“Despite our warnings, the government itself has not measured all the effects of the reform on reduced activity,” denounced Denis Gravouil, CGT negotiator for unemployment insurance.

The CGT intends to make “these inequalities of treatment” an additional argument in the appeal against the decree to the Council of State that it will probably file “in the third week of May”, like almost all the other unions.

Another Unédic study commissioned by FO had shown inequalities to the disadvantage of benefit recipients who had been on partial unemployment, on sick or maternity leave. The Ministry of Labor has promised to correct these “unintended effects” of the reform in a corrective decree.

What is behind the Fifa poll in favor of a World Cup every two years?