What solutions would be effective in combating poverty among 18-25 year olds? 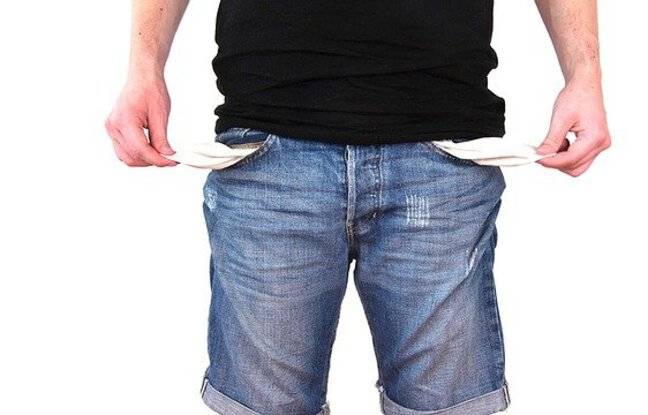 France is one of the euro area countries where youth unemployment is at the most alarming levels. Nearly one in five people under 25 in France (18.4%) did not work last January, according to Eurostat statistics released in March. And those under 25 now represent nearly half of the beneficiaries of Restos du cœur.
A precariousness that has increased with the coronavirus crisis, and “the mayors were on the front line to see their distress”, underlines Johanna Rolland, the councilor (PS) of Nantes and president of France Urbaine, which brings together the largest cities French.

Impossible then for the mayors of metropolises to remain unmoved by these difficulties, especially as 75% of 18-24 year olds live in urban areas. Even if each municipality has its share of social assistance intended for the most vulnerable, the mayors of large cities believe that it is possible to give them an additional boost. On condition that the State helps them in this way. Suddenly, urban France suggests that four different experiments – aimed at young people – be carried out in twelve large voluntary cities from 2022. The same experiment would be carried out in three cities and would last two years, allowing 1,000 young people per territory to benefit from it. A good way to adapt the aids to the problems of each territory and then to assess which ones will prove to be the most effective.

The first experiment would respond to the “logic of the financial boost”. It would consist in facilitating the access of 18-24 year olds to essential goods and services via a platform. This would detail all the aids that would be offered to them locally: food baskets, driver’s license assistance, financial support for care, social pricing for water and electricity, computer equipment, etc.

Second idea: to offer “financial support securing the search for the first job for each young person under 30”, suggests Mathieu Klein, the mayor (PS) of Nancy, rapporteur for the urban France study on the deployment of experiments. “It would be a financial aid which would be granted to them in return for registration with the public employment service,” he explains. This monthly aid would be 495 euros for young single inhabitants and 300 for young people living with their families. The duration of payment would be adapted to the difficulties of integration (linked to the level of diploma): from 4 months (bac +5) to 15 months (non-graduate). At the same time, the young person would be supported in his job search by a single referent, which would allow more qualitative monitoring.

Will the government fund these experiments?

The third experiment aims to generalize the Youth Guarantee, which consists of a monthly allowance and reinforced support for young people on local missions. “Because currently, it excludes precarious workers, young people leaving studies …”, indicates Mathieu Klein. Finally, the fourth initiative would consist of “a youth solidarity income”. “It would be means-tested, reserved for assets and would not concern students. And its monthly amount (565.34 euros) would decrease depending on the income of the young beneficiary, ”explains Mathieu Klein.

It remains to be seen whether or not the government will decide to put its hand in its pocket to launch these experiments. To respond to the consequences of the health crisis on those under 30, it has already implemented the “one young person, one solution” plan. But refuses the idea of ​​an RSA for those under 25, while humanitarian associations regularly ask for it.

The cost of these experiments would amount to a little over 50 million euros for the 12,000 young people who would take part. “We propose that the State take charge of the monetary allowances part and that the metropolises finance engineering and human support”, specifies Johanna Rolland. “The government has already shown its significant interest in our approach,” says Mathieu Klein. And according to him, “the electoral deadline of 2022 should not be an obstacle”. It could even encourage the government to take more interest in the young electorate …

For our European neighbors, the scope of the movement against pension reform causes surprise, or rather, misunderstanding, sarcasm, irritation...

Wall Street opens in red and the Dow Jones falls 0.54%

Wall Street started February in the red and the...
Economy

Travelers will have to put their hands in their...
Economy