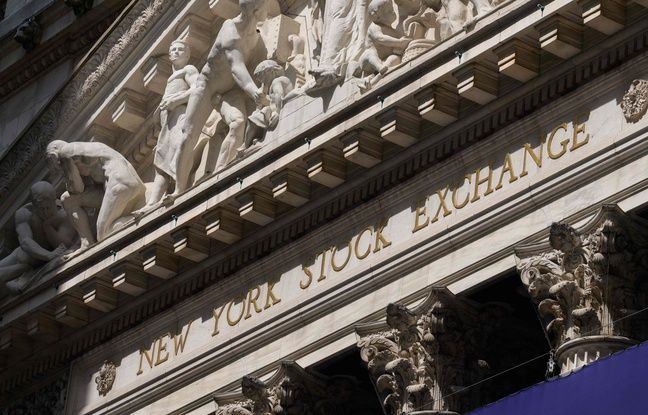 World stock markets retreated on Monday, especially in Europe, worrying about the resurgence of Covid-19 contaminations, in particular because of the Delta variant, and at a time when England is lifting its restrictions. On the Old Continent, around 11:45 am, the London Stock Exchange lost 2.32%, that of Paris 2.50% and that of Frankfurt 2.65%. The drop even reached 3.15% in Milan.

On the other side of the Atlantic, Wall Street was also moving towards an opening in the red. The futures contract on the flagship Dow Jones index thus dropped 1.29%, that on the extended S & P 500 index 1.11%, and that on the Nasdaq, with a strong technological dominance, 0.88%.

And the markets had already retreated earlier in Asia, pushed down by several factors: high inflation, spread of the Delta variant, rise in oil prices … Among the sectors particularly affected, values ​​linked to tourism, suffered from the health situation and new restrictions taken in Europe, such as the Carnival cruise line in London (-7.50%) or the airlines, Air France falling 4.61% and Airbus 4.45% in Paris.

“Concerns about future growth with the progression of the Delta strain are obviously a matter of concern,” said Sebastian Paris Horvitz, analyst at LBPAM. “Worries about variants, increasing cases and declining vaccine efficacy conspire to weigh on confidence,” said Neil Wilson, analyst at Markets. com: in this context, investors are reluctant to take risks and prefer to withdraw from the equity markets.

Rising number of Covid-19 cases is of concern

Demand is shifting to the bond market, which is considered less risky, consequently pushing down sovereign debt interest rates. That of US government bonds at 10 years is thus only 1.23%, against 1.29% at the close of Friday. On the health front, the increase in the number of Covid-19 cases worries all regions of the world, but more particularly Europe, where the authorities are starting to reinstate access restrictions. In France, the Council of Ministers in France adopted on Monday a bill integrating the vaccination obligation of caregivers and extending the health pass. The government spokesman said Monday that there was “a fourth wave taking off, with an increase in the incidence which is stratospheric”.

Against the grain, however, England is throwing back the mask and removing most of the restrictions linked to the pandemic on Monday, a step feared by many scientists and politicians. For Richard Hunter at Interactive Investor, “it remains to be seen whether ‘Freedom Day’ will add additional concerns” and whether “this easing” will in fact lead in the coming weeks to “a tightening of restrictions, which would risk delaying the return. to economic reality ”.

The country remains the most affected in Europe and has exceeded 50,000 new daily contaminations two days in a row. The chief medical officer of the United States also said Sunday to be “deeply concerned” about the situation in the country in the fall, while in Tokyo, fears of a cluster of coronavirus in the Olympic Village are reinforced in J -4.

Gabby Petito victim of a “homicide”, her fiancé nowhere to be found