“Less than 10% of rooms are reserved”… In Paris, hotels are worried about August 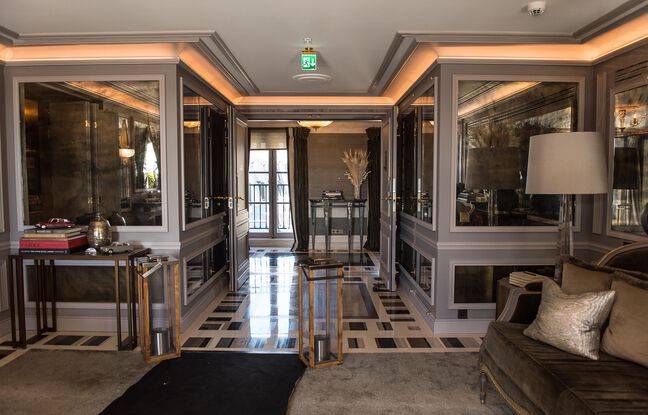 Empty corridors and keys that remain desperately hanging on their boards. Many Parisian hotels have not refueled this summer, and the next few weeks could be even more difficult. “Within 15 days, it is estimated that 70% of Parisian hotels [indépendants] will close again, for lack of reservation ”, assured this Monday the president of the national grouping of independent hotels and restaurants (GNI) Île-de-France, Pascal Mousset, on BFM Business.

This is the case, for example, of a four-star hotel located in the Latin Quarter. “We have decided not to open in August. Usually, the occupancy rate of the establishment varies between 60 and 70%. There, we were at less than 10%, so it was not worth it ”confides the receptionist, who prefers to remain anonymous. “Since Emmanuel Macron’s announcement on strengthening the health pass, we have had a lot of cancellations from foreign customers,” says an employee of a small family hotel in the Marais.

The new outbreak of Covid-19 and the restrictions announced are indeed not the best marketing argument in the world. In addition, citizens of countries outside the EU (United States, Russia …) who would like to visit museums (from Wednesday), even go to a restaurant or simply sit on the terrace (after the vote of the new bill) will have to do as everyone else: either prove that they have had a vaccine recognized by the EU, or carry out PCR or antigen tests (for a fee) every 48 hours.

Suddenly, the hotels which used to welcome a lot of foreign tourists in July-August look gloomy. At the Plaza Elysées (8th arrondissement), the wave of cancellations received in recent days has cast doubt on the owner, Isabelle Legros: “For the moment, I am not closing in August, but I have not yet made my decision” . Given the very low occupancy rate, the employees were put on short-time work, leaving her almost alone. “I do double days, I take care of everything, from reception to breakfast,” she explains. The charges, right now, it’s me! “.

“The question of filing for bankruptcy will arise”

Like the other establishments, it can still count on several state aid to companies. In addition to partial unemployment, therefore, the government maintains the solidarity fund (FDS) and “fixed cost” aid throughout the summer. But at the start of the school year, these devices should either disappear (like the FDS), or be less subsidized (like partial activity).

Something to worry Isabelle Legros: “Financially, it’s very tight. If the activity does not restart in the coming months and they stop the aid, it will be a disaster. The question of filing for bankruptcy will arise clearly. ”Less frequentation of establishments associated with possible additional restrictions (curfews, etc.) could seriously hamper the recovery. Not enough to upset the optimism of Marion, owner of the aptly named Hôtel de l’Avenir, in the 17th district: “We decided to stay open in August. Like that, everyone will come to us! “.