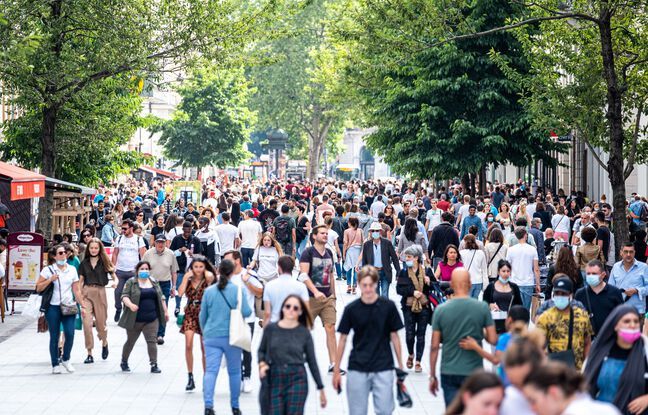 “A false rebound”. This is how the National Clothing Federation (FNH), which represents 40,000 independent points of sale, presented on Tuesday a first assessment of the summer sales. Having started at the end of June, they will end next week in most of the departments. But for the thousand traders surveyed by the FNH, the heart is no longer there.

Admittedly, over the first two weeks (June 30 – July 14), their turnover increased by 4.5% … but compared to 2020, which was a dark year. To have a better perspective, we must therefore compare with the sales figures for 2019, the last “normal” year. And the gap is abysmal. According to the Retail Int panel for the Alliance du commerce, sales made during the first week of the sales were down 11.6% compared to 2019, with store attendance also very low (- 26%).

According to the FNH, we should not wait for a miraculous leap by the end of July. “We do not anticipate a rebound,” explains Frank Hoët, vice-president of the federation. The vast majority of merchants we surveyed – 67% – have a negative view of the sales prospects linked to the second markdown. [remises supplémentaires]. We are heading straight for a new build-up of stocks ”.

This finding is all the more worrying as these bad figures arrive after an already very complicated start to the year 2021, due in particular to the closure of clothing stores during the last confinement. Over the first six months of the year, the turnover of traders surveyed by the FNH is down 22% compared to 2019.

The return to normal is therefore still a long way off for the sector. Because after 2020 and 2021, the year 2022 promises to be just as hectic. Stores that have taken out a government guaranteed loan (PGE) will indeed have to start repaying it. Social debts (employer and employee contributions) accumulated in recent years will be added, as will any late rents.

“These are all time bombs that accumulate above the heads of traders, alarms Frank Hoët. The reimbursement of EMPs must be postponed to 2023 or 2024 to avoid cascading closures. We also want the repayment of other debts to be spread over several years, so as not to damage the cash flow of the stores. »So many subjects that will perhaps be discussed during the« Assises du Commerce », which the government wishes to organize at the start of the school year.