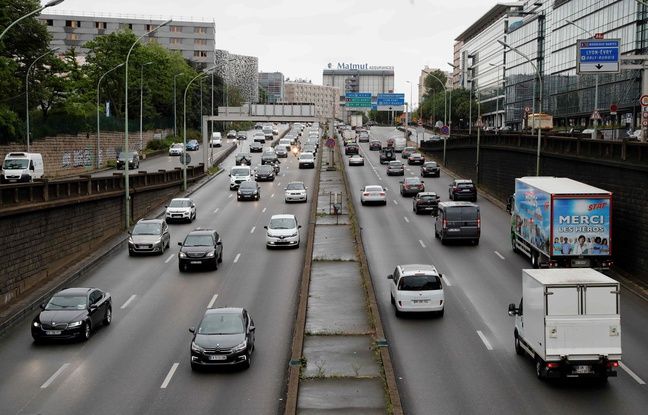 Less strong ! Exposure to noise has a “social cost” of some 155.7 billion euros per year in France, estimates a report from the National Noise Council and Ademe (Ecological Transition Agency), published this Thursday and which recommends combining the fight against this scourge with that against air pollution.

Measures to act in particular on road transport, the main factor of these two types of nuisance, would thus be “profitable with regard to their simultaneous benefits on exposure to noise and air pollution”, we insist. . According to the WHO, noise is indeed the second environmental factor causing the most health damage in Europe, just behind air pollution, responsible, for example, for 40,000 premature deaths per year in France.

Thus, reducing the speed of circulation by 10 km / h on expressways in urban areas would act on both noise and emissions and would have “an annual benefit / cost ratio equal to 685”, according to the authors of the study. . They also plead for the development of “low emission zones” (benefit / cost of 13), provided for in the new climate law, or a “clean site” charter for the construction industry (benefit / cost of 3).

The study seeks to estimate the overall cost of the effects of exposure to noise: market health costs (illnesses, occupational accidents, hospitalizations, etc.) or non-market costs (loss of years of healthy life, learning difficulties, etc.) , but also non-health costs such as the loss of productivity in the economy or the depreciation of real estate too exposed to noise.

According to the study, the vast majority of this “social cost” is linked to transport, for more than 106 billion euros, or 68% of the total. And first of all to road transport (52%), then air (9%) and rail (7%). Next come neighborhood noise, caused by individuals (11%) or construction sites and other activities (5%), and those related to work or school life (14%).

It is the non-market costs that are the heaviest, according to this estimate, for an amount of 134.3 billion euros, or 86% of the total. Of the 21.4 billion remaining market costs, a small minority, estimated at 1.2 billion, is directly borne by health insurance, and the rest is made up of induced economic effects.

Five years ago, this “social cost” was three times less

In 2016, a previous study by the same organizations estimated this “social cost” of noise at 57 billion euros per year. According to the authors, the sharp increase is explained in particular by a better mapping of the populations exposed, an update of the methodologies and sectors evaluated, for example taking into account new WHO recommendations.