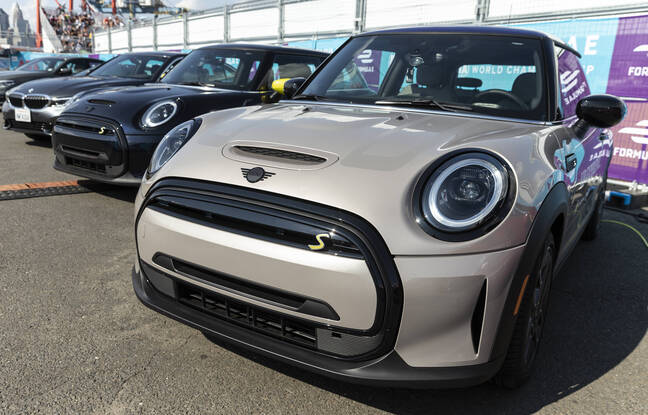 The market share of new electric vehicles in Europe more than doubled in sales in the second quarter of 2021, but remains far from the medium-term targets set by the European Commission to protect the environment.

Diesel still on the decline

Sales of electric vehicles have exploded since 2020, when, to comply with a new European standard limiting their CO2 emissions, manufacturers massively electrified their ranges. Gasoline-powered cars are already seeing their historical dominance receding and now represent less than half of European sales, with 1.17 million vehicles sold and 41.8% market share, compared to 51.9% in the second quarter of 2020 .

Diesel, which reigned in some European countries including France for a few years, has also taken a hit and only represents 20.4% of sales (compared to nearly 30% in 2020). However, battery-powered cars still represent only a fraction of the 2.8 million vehicles sold between April and June.

The European Commission wants to see the transition accelerate, with carbon neutrality in sight for 2050. Brussels proposed on July 14 to aim for a 15% reduction in CO2 emissions in 2025 compared to 2021, 55% in 2030 , and especially the ban on the sale of gasoline and diesel cars for 2035.

“Manufacturers have a window until 2025 to push their sales of gasoline cars, which means better profits. They will stick as closely as possible to the CO2 regulations ”, estimates German expert Matthias Schmidt. On the other hand, “from 2025, with the strengthening of European standards, we should experience a new wave of electric sales”.

Manufacturers soon to be 100% electric

Several manufacturers, including Stellantis (Peugeot, Fiat) have announced that they will no longer develop new gasoline engines and will limit the choice of engines. Others have made a radical commitment to the electric shift, with some brands planning to become 100% electric from the year 2025 for Jaguar, or 2030 for Volvo.

Manufacturers are thus adapting to standards “while improving their image with consumers, as well as with financial markets, to ensure more available capital and finance their transition to electricity”, emphasizes Matthias Schmidt.

Towards the end of hybrids?

For the time being, combustion engines have mostly given way to hybrids (gasoline or diesel), which now represent 19.3% of the market. Plug-in hybrids, which with their larger electric motor make it possible to drive a few kilometers without emissions, represent 8.4% of the market, driven in particular in the last quarter by strong sales in Italy.

These two types of hybrids could however be condemned in 2035 by the European Commission, even if France and Germany oppose it. In addition, in all countries, electric cars are still more expensive to buy than their gasoline equivalents, even if significant public subsidies are offered and that in use, gasoline savings quickly redress the balance. .

“There is a divide in the affordability of electric cars between Central and Eastern Europe and Western Europe, as well as a North-South divide”, underlined in early July the Director General of ACEA, Eric-Mark Huitema.

Sales of electric cars were thus very good in the last quarter in Spain, Germany and France in particular, but also in Austria and Belgium. Close to the EU, the United Kingdom and Norway also recorded a strong increase.

But the rest of Europe does not follow, especially in countries which have a per capita income of less than 17,000 euros, and which remain below 3% of electrical sales. This fracture is found in the equipment in charging stations, according to Mr. Huitema.

Price is a major issue for car manufacturers, especially the more generalists, who cannot afford to cut themselves off from consumers. Stellantis like Volkswagen, however, predict that with the fall in the cost of batteries, in which manufacturers are investing heavily, the price of electric cars should equal that of gasoline cars before the end of the decade.

Why has Lucas Paqueta become the darling of Lyon supporters for good?

The offensive festival of the Canaries which atomize the Angevin neighbor