In return, companies are asking the government for an extension of aid 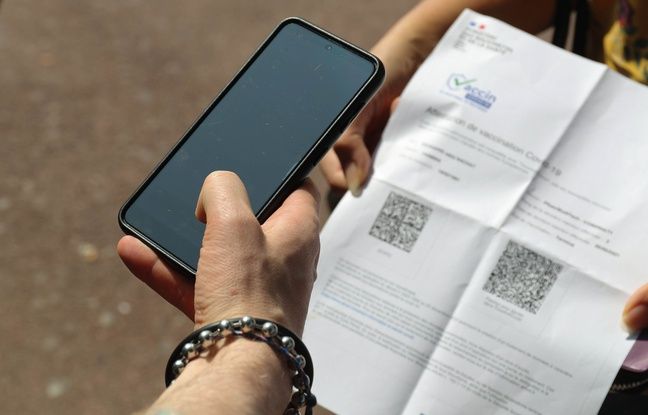 With the health pass, companies fear the slack. Some are already asking the government not to cut emergency aid at the end of August as planned. Imposed since last Wednesday in places of culture, the health pass has already plunged attendance at cinemas and leisure parks.

Entries fell by 70% between Tuesday and Wednesday in dark rooms, according to professionals, who spoke of “an industrial disaster”, calling on the state to increase the level of aid, including support for the activity partial, reduced since June.

The health pass, soon to be compulsory in restaurants and cafes

Monday, the president of the national union of leisure, amusement and cultural spaces (Snelac) Arnaud Bennet, mentioned a drop in activity of 20 to 70% depending on the parks, which risked “massacring” businesses. At the beginning of August, once the law on the management of the health crisis has been validated by the Constitutional Council, the health pass will also be compulsory in other establishments open to the public, such as restaurants and cafes.

From the announcement of this measure by Emmanuel Macron in mid-July, the main hotel and catering union, Umih, had insisted on the need to see aid to the sector “maintained and proportional to the loss of activity which could result from these measures ”.

At the end of August, we get out of “whatever the cost”

With the lifting of restrictions in mid-May, the government decided to phase out and then stop at the end of August most of the emergency supports put in place since the start of the health crisis, such as the solidarity fund and the partial activity.

A way out of “whatever the cost”, while economic activity resumes, even if this gradual withdrawal has led the government to return more than 15 billion euros in the envelopes dedicated to emergency aid in its amending budget adopted in early July. Bruno Le Maire then defended in Parliament a text “of transition between maximum protection (…) and the return to normal”, which will mean “the end of whatever the cost”.

On Tuesday, the committee for monitoring and evaluating support measures for businesses in the face of the Covid-19 crisis, however, called on the government to be vigilant, believing that continued aid could be necessary. The committee also points out that several European countries have extended their aid until the end of the year.

See you in Bercy at the end of August

During the debate in Parliament on the law to manage the health crisis, senators have already asked that the loss of attendance and activity related to the health pass be compensated by the State. In Bercy we refer to the end of August, the Minister of the Economy Bruno Le Maire having planned since the end of May to take stock at that time on the situation of the economy and businesses, remaining open to maintaining certain aid.

This meeting will allow in particular to “have a little perspective on the implementation of the health pass”, we justify in Bercy. The minister will still receive the representatives of cinema operators on Wednesday, with the Minister of Culture Roselyne Bachelot.

Share
Facebook
Twitter
Pinterest
WhatsApp
Previous articleWhat do we know about the political crisis that is shaking the country?
Next articleThe bonus for the purchase of electric and hybrid utilities increased up to 14,000 euros