The bonus for the purchase of electric and hybrid utilities increased up to 14,000 euros 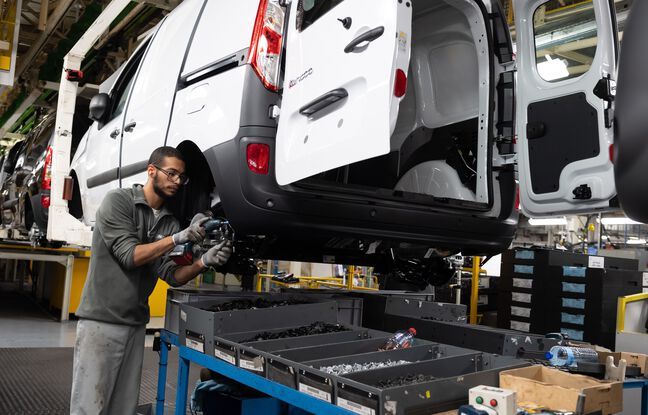 It is a significant “helping hand”. The government has increased the conversion bonus and the bonus for the purchase of electric and hybrid utilities up to 14,000 euros, the Ministry of Ecological Transition said on Tuesday.

“Taking into account the constraints of craftsmen and actors of urban logistics in their choice of vehicles, the combination of the two aids can now reach, thanks to France Relance, 14,000 euros for vehicles with a significant payload”, underlines the ministry in a report. communicated.

While the bonuses have just fallen for individuals, the government is raising them on the side of vans. Since Saturday, the ecological bonus now goes up to 7,000 euros for individuals and 5,000 euros for legal persons, regardless of the type of utility. The bonus is deducted by the dealer or refunded after purchase.

The ceilings of 45,000 and 60,000 euros applied to passenger cars, which prevented several of these expensive vans from benefiting from aid, have been removed, as the Minister of the Economy Bruno Le Maire announced in April. The bonus is intended for all light commercial vehicles emitting less than 20 g of CO2 per kilometer and whose all-electric range is greater than 50 kilometers. The government is therefore leaving the door open to plug-in hybrids, which the European Commission wants to ban in 2035.

Help that can be completed

This government aid can be supplemented by tax advantages and local subsidies, especially in low-emission zones (ZFE). More than 840,000 conversion bonuses and 330,000 ecological bonuses have been distributed since the start of the five-year term, for both private and utility vehicles, the ministry said.

A conversion bonus for the purchase of electrically assisted bicycles has also been implemented, after its adoption in the Climate Law: it covers 40% of the cost of purchasing the bicycle, up to 1,500 euros, in exchange for disposal of a polluting car or van. This bonus has been extended to cargo bikes acquired by individuals, local authorities, associations or professionals, with assistance amounting to 1,000 euros.

What is the Pfizer 5-11 year old immunization study really worth?