Recruitment, contract suspension, dismissal… What are the rules to know for employees and employers? 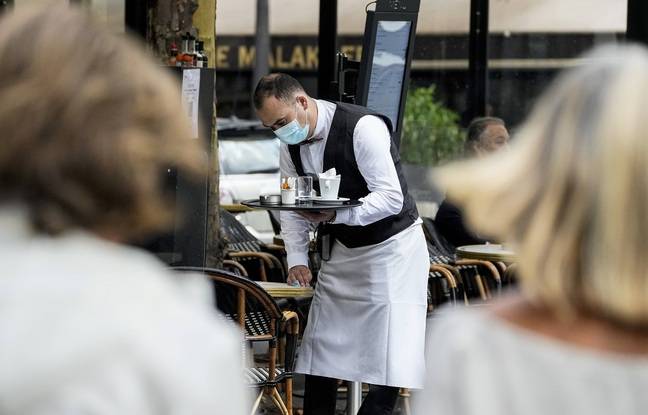 The HRDs of many companies will have something to take care of this summer. The extension of the health pass was indeed voted definitively on Sunday evening by the National Assembly. The text has yet to be examined by the Constitutional Council, which will render its decision no earlier than August 5.

Once promulgated, employees in several sectors – cafes, restaurants, fairs, trade shows, medical establishments, planes, trains – will have to justify a vaccination or a recent negative PCR test to be able to work. 20 Minutes summarizes the main changes, which involve legal uncertainties.

Will the health pass be required upon hiring?

From August 30 (September 15 for medical establishments), all employees in the sectors mentioned above will be required to present a health pass. “In theory, the employer does not have to know the state of health of an employee or a candidate. Nevertheless, in fact, it is likely that the employers concerned will ask the question of the pass when hiring, ”indicates Camille Smadja, associate lawyer at DJS Avocats.

A procedure that is not without risk. “This could be compared to discrimination in hiring,” said the lawyer. In fact, “imagine that a woman who is less than three months pregnant, who does not have a complete vaccination schedule, apply for a job. If the employer asks her why she is not vaccinated, he is violating medical confidentiality. This is a point that will be closely examined by the Constitutional Council. The best solution would perhaps be to go through occupational medicine to check the validity of the pass at the time of hiring ”.

What will happen if an employee does not present their pass?

The future law provides for several scenarios. In the event of refusal to present the health pass or invalid pass, the employee may, with the agreement of the company, ask for RTT or paid vacation time to regularize his situation. The employer can also decide to suspend the employee for three days. During this time, he is not paid. At the end of the three days, “the employer invites the employee to an interview in order to examine with him the means of regularizing his situation”, specifies the text voted on Sunday.

“In some cases, the employee may be assigned to another position that does not require the health pass, advance Camille Smadja. But he could also see his suspension extended ”. In theory, an employee could thus find himself deprived of salary until November 15, date on which the law will cease to apply, if it is not extended. “What shocks me is that the employment contract is suspended for reasons related to private life. In my opinion, it is discriminatory ”reacts Michèle Bauer, lawyer specializing in labor law in Bordeaux.

On the side of the employers, the idea of ​​a long suspension also causes a certain skepticism. “I do not really know how all this can be managed in concrete terms,” ​​François Asselin, president of the CPME, admitted Monday on franceinfo. “On the one hand, you have an employee who refuses to be vaccinated, who cannot come to work, and on the other an employer (…) who will find himself in an organizational vacuum. Will he be able to replace this person? We do not know it “.

Can an employee on a CDD or CDI see his employment contract terminated because of the health pass?

For fixed-term contracts or temporary workers, the cause is heard. If they do not have a valid health pass, their contract may be terminated by the employer, and they will not be entitled to damages. A provision that the deputy Guillaume Chiche (ex-LREM) described as “threat to poverty”. And on the side of the majority, some had obviously not read the text well before voting it. “It disturbed me all night (…) I have the intellectual honesty to admit that I saw nothing”, explained the LREM deputy Jean-François Mbaye to The gallery.

As for employees on permanent contracts, the health pass cannot be a direct reason for dismissal. However, “we must not let employees believe that there can be no dismissal,” the Minister of Labor, Elisabeth Borne warned on Tuesday. “The minister is smart; the employer can indeed always dismiss, since this is part of his management power, recalls Michèle Bauer. For example, if he considers that an employee suspended because of the health pass is disrupting his company and creating an objective disorder ”. It is then up to the industrial tribunal to decide in the event of a dispute by the employee.