“The public service is obliged to replace the deficiency of the banks”, estimates the mayor of Longueville 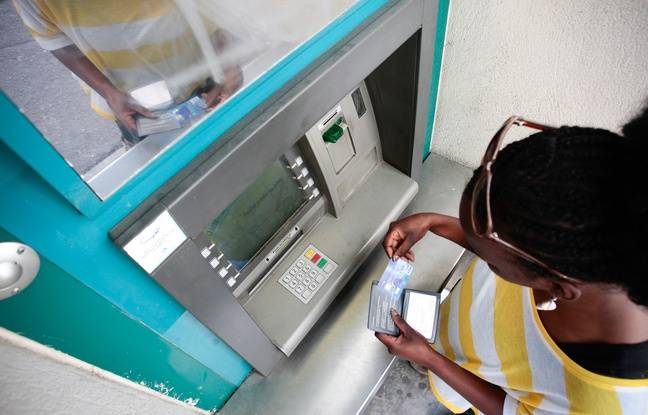 Longueville. 1,850 inhabitants and zero cash machine. However, this village “on the edge of Seine-et-Marne” has a pharmacy, a mini-market and a bakery. Shops that suffer from a lack of liquidity. This banking desert phenomenon is far from being an isolated case. According to a MoneyVox and Infostat Marketing study, 53 bank branches disappeared in this department between 2010 and 2020. Nationwide, 3,700 closed during this period, ie 9% of them.

In the absence of a bank – the closest is 8 km away – Longueville is installing a “Point cash” machine this Thursday, accessible 24 hours a day, located in a kiosk in the city center. The mayor of the commune Philippe Fortin explains to 20 Minutes this financial choice to acquire an ATM.

Why install this “Point Cash” in Longueville?

We have had a recurring demand from residents for an ATM for years. We tried to turn to traditional banks which have always refused us this service, telling us that it was not profitable, that there was no potential, that it was not interesting in terms of return financial. Nevertheless, we believe that it is a real service to the population. As for those who say that there are a lot of distributors, they are talking about urban areas. Overall, the stock is decreasing and in rural areas, it is very small.

How was your choice made?

We had the opportunity to meet Brink’s during the Salon des maires. It is she who organizes this distributor service which is a success with rural towns. We found their proposal interesting and the city council gave its approval. This is how we came to install this remotely monitored “Point Cash”. Brink’s, which is above all a money conveyor, is responsible for supplying it.

How much does this investment cost for the municipality?

The municipality contributes financially to this installation to the tune of 54,000 euros, which represents 20% of our investment capacity. It is a real choice. However, there is a form of commission depending on the number of withdrawals. The more they will be, the less the municipality will pay, which represents a monthly charge of between 700 and 1,200 euros.

Who will benefit from this distributor?

We do it for Longuevillois as a priority but we know that it will be useful for other populations. There are also vulnerable groups, in particular those who are prohibited from banking, who do not necessarily have a card with a limit, and for whom small withdrawals are easier to manage. I have worked my entire career in banking, I know how it works. I am also thinking of teenagers who may have a withdrawal card but do not necessarily have contactless payment.

What sectors do you hope to help?

We hope to strengthen local trade, rurality and act for the environment. The absence of an ATM impoverishes local commerce. For example, people go to Provins to do their shopping at the same time as their withdrawals to the detriment of towns and villages. Today, merchants tell us that contactless payment involves bank charges for them. They complain about the commissions charged by the banks.

Was not having an ATM a form of abandoning public service?

Rather, it is the private sector. Here, it is the banks that are lacking. It is the public service which is obliged to replace the deficiency of the banks. It is profitability that is lacking and the banks tell us that it is not profitable. Everyone sees noon at their door. We are replacing the banks.

Share
Facebook
Twitter
Pinterest
WhatsApp
Previous articleTaliban attacks on the rise since the announcement of the departure of the United States
Next articleAt the port of Marseille-Fos, traffic resumes, but not that of passengers

Have you had breast reconstruction after a mastectomy? tell us