Deliveroo plans to leave the country, where delivery people will soon have to be salaried 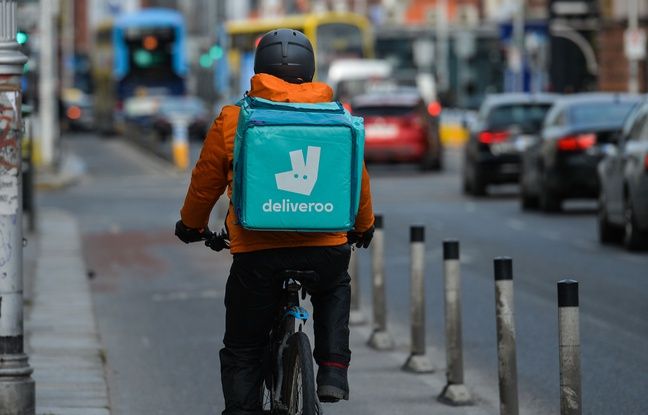 Deliveroo’s green backpack delivery men soon to be absent from the Spanish streets? The British group announced Friday that it was planning to leave Spain, which will force home meal applications from August 12 to pay their delivery people.

“Deliveroo announces today its intention to carry out a consultation among its employees on the cessation of its operations in Spain,” the company said in a statement.

A reform of the labor code

This announcement comes at a time when Spain became in mid-May the first European country to legislate on the status of these delivery men with often very precarious working conditions, whose number has continued to increase in recent years in the streets of large cities, driven by companies like Deliveroo, UberEats or Glovo.

The left-wing government reformed the labor code in order to automatically give the status of employees to delivery men, until now considered to be self-employed. Companies will now have to pay social security contributions so that their delivery people can benefit from social protection. Madrid has given companies three months to comply with the reform, a deadline that expires on August 12.

“If it is necessary to respect labor law, they are not interested in continuing to operate here”

The new legislation “is not the reason for which Deliveroo took this decision”, which is based on a “purely economic” reason, however declared a spokesperson for the company, assuring that the company had “the financial capacity to support the hiring of delivery people ”. But, “our position from the start is that (the law) is not adapted to market conditions and working conditions,” he said.

For the Riders X Derechos union, at the forefront of the fight for the rights of delivery people, “the message is clear: if labor rights must be respected, they are not interested in continuing to operate here,” he reacted on Twitter.

🔴 Deliveroo announces that it stops operating in Spain.

The message is clear, if they have to comply with labor legislation they are not interested in continuing to operate here.

If they do not want to comply with the Workers’ Statute, our message is very clear, close when leaving. pic.twitter.com/vB7ZSig2GE

Deliveroo says in its press release that Spain weighs too little for the platform, because it “represents less than 2% of the gross value of transactions in the first half of 2021”. “To maintain a leading market position in Spain would require a very high level of investment with a very uncertain potential return in the long term which could affect the economic viability of the market for the company”, continues the company, present in 12 countries.

The objective is to “concentrate the investments and the resources of the company on the other markets in which it operates”, adds Deliveroo, which envisages that the procedure of consultation of the deliverers lasts one month from the beginning of September.

In Europe, delivery people are generally considered to be self-employed, especially in France.