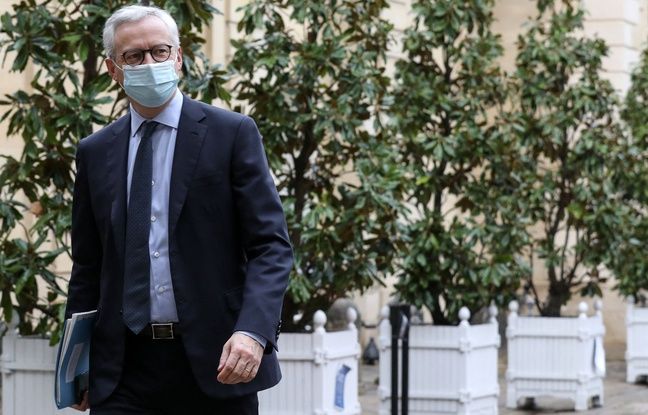 The French government wants to extend “from six to eight years” the repayment period for loans guaranteed by the State (PGE), said the Minister in charge of VSE-SMEs, Alain Griset, on Thursday, affirming that France was in discussion with Brussels.

“We are starting to discuss with the European Commission on an extension of the duration of the reimbursements of EMPs. We would like to go from six to eight years, to secure entrepreneurs, ”he said in an interview with the Parisian newspaper on Thursday.

No reimbursement for the first two years

Entrepreneurs “should not have a sword of Damocles over their heads which would slow down the recovery”, added the minister, indicating that he hoped “for a return from the Commission in 2021”. The PGEs are currently subscribed for a maximum period of 6 years, knowing that no repayment is now required for the first two years.

The Federation of Cooperative and Associated Commerce (FCA), which represents 180 brands including groups of traders such as E.Leclerc, the Mousquetaires Intermarché or Intersport, had asked Wednesday for an extension of the PGE “up to eight years”.

Companies will not be able to reimburse their EMP

At the end of January, the Minister of the Economy Bruno Le Maire said he was open to staggering the reimbursement of these EMPs for the companies most affected by the crisis linked to Covid-19, and even to transforming them “on a case-by-case basis As a subsidy.

By mid-January, nearly 132 billion euros of PGE had been granted to more than 642,000 companies since the start of the Covid-19 crisis. Over 90% of them were very small businesses (TPE). Between 4.5% and 6% of these loans may not be repaid, estimated on January 27 the governor of the Bank of France, François Villeroy de Galhau.

The romance between the characters of Christopher Meloni and Mariska Hargitay in “Law & Order: Special Victims Unit” may well take place