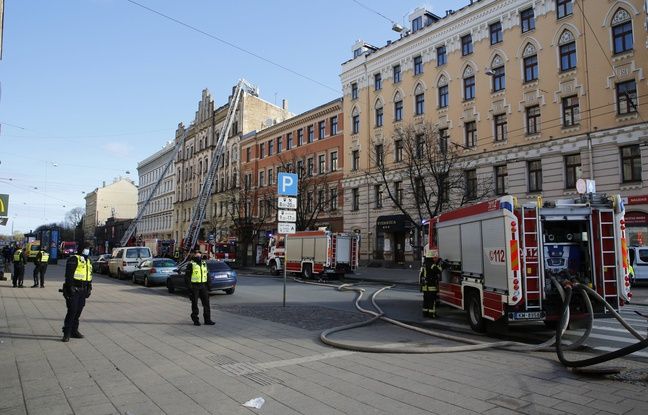 A terrible fire broke out on Wednesday morning in an illegal hostel in central Riga, the Latvian rescue services said. “Eight people are dead and nine are injured,” Deputy Chief of Police Andrejs Grishins told reporters. Authorities opened a criminal investigation but no suspects were arrested as of Wednesday morning.

Foreigners are among the victims. “The bodies are so charred that we cannot yet say which country they are from. Their documents caught fire, ”said Andrejs Grishins. According to him, DNA tests “will be necessary” to establish the identity of the victims.

I agree @SandisGirgens – the services need more power not only to impose penalties but also to put an end to such places. SRS, MoI, VP, local government institutions must offer solutions; tasked with identifying similar “hostels”; let’s evaluate the work so far. More: https://t.co/FmwWrIjdnw

“The hostel, located on the 6th floor of a state-owned building, was illegal,” tweeted Martins Stakis, the mayor of Riga, after visiting the premises. According to residents quoted by Latvian media, the establishment, which advertised itself as the “Central Japanese-style Hostel”, was frequented by people abusing drugs and alcohol.

Interior Minister Sandis Girgens said firefighters had been prevented since January from carrying out routine inspections in the building to verify safety. “They had installed thick steel doors and did not let our firefighters in,” he said. Authorities had decided to close the illegal hostel but the fire broke out before the decision was implemented.