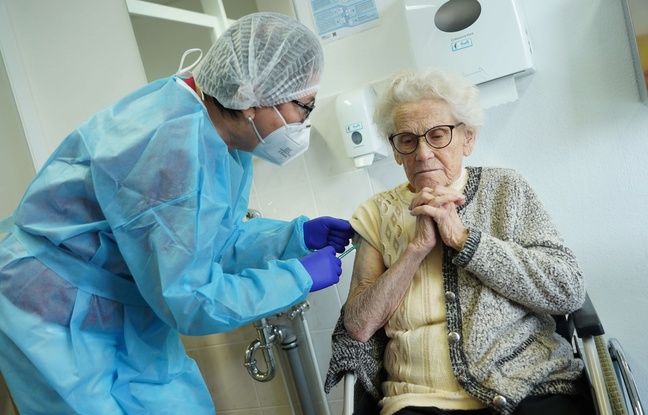 Eight employees of a German retirement home were mistakenly administered five doses of the Covid-19 vaccine, without serious health consequences at this stage. These seven women and a man, aged between 38 and 54, work in a retirement home in Stralsund, in the north-east of the country. As such, they are among the priority people to receive the BioNTech-Pfizer vaccine, administered in Germany since Saturday.

But during the vaccination session on Sunday, they were injected five doses at once, said Monday the administrator of the district where the establishment is located. They were immediately informed of the error, assured Stefan Kerth. Four were admitted to hospital for observation with mild flu-like symptoms, the other three returned home.

“I deeply regret this incident,” said the district administrator, assuring that these were only isolated cases, due to human error. “I wish everyone involved that no serious side effects occur,” he added.

The German laboratory BioNTech, which is developing this first messenger RNA vaccine, had assured before the launch of the vaccination campaign this weekend in several European countries, that larger doses than normal had been injected during the phases of test, without serious side effects.

This vaccine, designed in less than a year and to be administered in two injections, comes in an ampoule whose contents, when diluted, are supposed to give five doses. But the German health authorities, through the voice of a spokesperson for the Ministry of Health, announced on Monday that these ampoules were likely to give six doses.