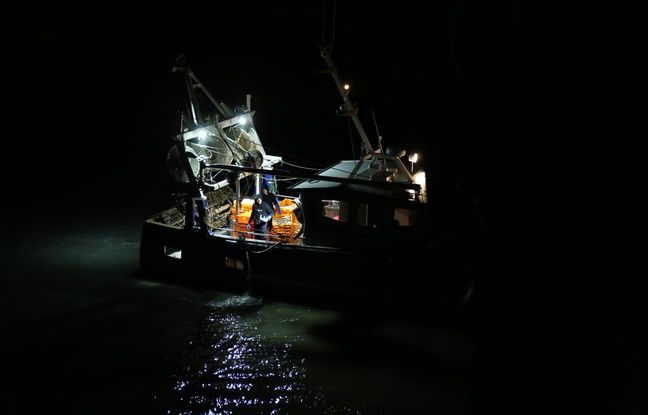 Several elected officials from Hauts-de-France, where 70% of trade between the United Kingdom and the European Union pass, welcomed Thursday the post-Brexit agreement concluded, while saying they were vigilant about the future of fishermen.

“For Calais and its agglomeration, for our entire coastline, I welcome this agreement, the importance of which is fundamental from an economic point of view (…) Calais will remain the natural gateway to France and Europe for the British” , welcomed on social networks the mayor (LR) of Calais, Natacha Bouchart, relieved that fishermen can continue “to have access to English waters”.

A transitional period of 5 and a half years

The agreement provides for giving European fishermen access to British waters for a transitional period of 5½ years, until June 2026. During this transition, the EU will have to gradually give up 25% of its catch, which is amount to around 650 million euros per year.

“The negotiators went to the end to find an agreement, but there will be real economic and human consequences for our fishermen”, estimated in a reaction to the press the president of the regional council (ex-LR) Xavier Bertrand. “There will be a drop in fishing volumes. This is why it is absolutely necessary to put in place a support plan if we want to maintain the very existence of our fishermen and guarantee the future of the sector and its jobs, which are also our identity. “

“We ask the government and the European Commission to come to Boulogne-sur-Mer in order to put in place an action plan for our fishermen in which the Region is ready to participate,” he added.

After five and a half years, the access of European fishermen will be renegotiated each year.

“So how will the announced reduction in fishing rights in English territorial waters be reflected?” On which stocks? On what volumes? In which fishing zones? Which body to ensure control? “, Also wonders Frédéric Cuvillier, mayor (PS) of Boulogne-sur-Mer, the first French fishing port, asking for” an envelope of structural funds to support our fisheries which, whatever we may say, will suffer from the general agreement found. “

“The only certainty today in the field of fisheries is therefore that we will have to find, during the announced transition period, agreements in the agreement”, he said, pleading for “an antenna of the Agency European Fisheries Control Commission in Boulogne, to ensure compliance with respective commitments at the risk of giving free rein to conflictual situations at sea ”.