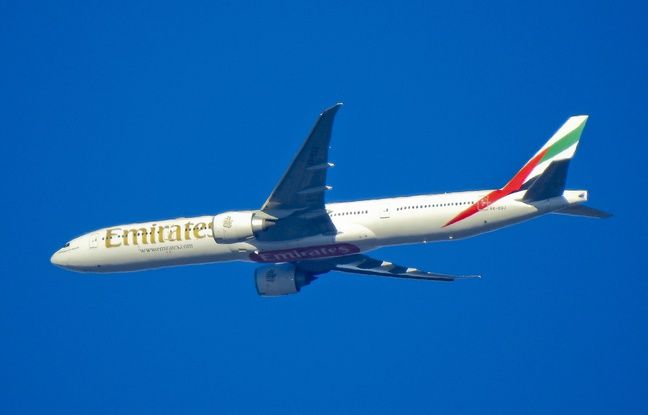 Unheard of for the airline. Emirates on Thursday announced semi-annual losses of 3.4 billion dollars, or about 2.9 billion euros, under the effect of the Covid-19 pandemic which has almost paralyzed air transport. “Due to this unprecedented situation for the aviation and travel industry, the Emirates group recorded a half-yearly loss for the first time in more than 30 years,” said the president of the airline, Sheikh Ahmed ben Said Al-Maktoum, in a statement.

By comparison, Emirates had recorded profits of $ 235 million (around € 200 billion) during the same period in 2019, the statement said. Revenues for the first half of this year were $ 3.2 billion (2.7 billion euros), down 75% from the same period of 2019. This figure was partially supported by the cargo division, according to the press release.

A fleet of 270 wide-body aircraft

The largest company in the Middle East, which operates a fleet of 270 jumbo jets, ceased operations at the end of March due to the Covid-19. It resumed two weeks later a reduced activity, including providing repatriation flights, before gradually increasing its connections after the relaxation of travel restrictions by Dubai to revive its tourism sector.

“I think we can easily say that in the summer of 2021, we will serve 100% of our destinations,” Adel Al-Redha, Emirates director of operations, told CNBC in August. “Obviously, the frequency of flights will depend on demand and restrictions which will have to be relaxed in certain airports and certain countries,” he added, specifying that the company was planning to serve 143 destinations in this way next summer.