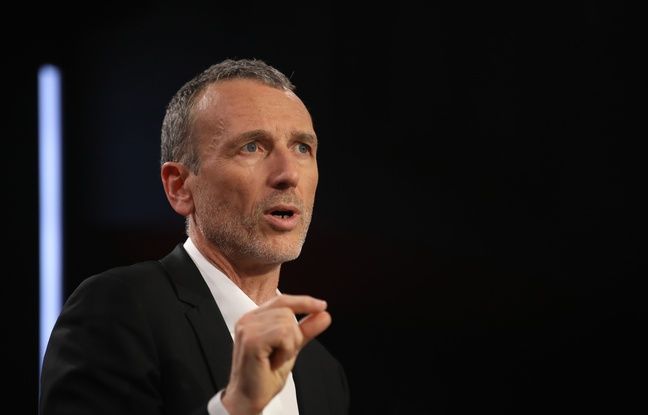 No one has full powers at Danone anymore. The board of directors voted on Monday evening to separate the positions of chairman and chief executive officer of the agribusiness giant. It is a defeat for Emmanuel Faber who will keep the presidency, and will only remain CEO until a new CEO is found.

Emmanuel Faber had been CEO since 2014 and CEO since 2017, and had been facing a sling of shareholders for several weeks. The executive management of the group will therefore escape him. As Chairman of the Board of Directors, he will be responsible for strategic orientations.

Two investment funds had made the departure of Emmanuel Faber a prerequisite for the recovery of the group’s performance, whose sales volumes have been eroding for several years, a movement aggravated by the Covid-19 pandemic. These funds, which recently entered the capital thanks to the fall in the share, hit the nail on the head at the end of last week. Artisan Partners, the third shareholder with 3% of the capital, called for, for example, a change of management for the “reinvention” of Danone. The activist fund Bluebell Capital Partners, based in London and more modest in scope, also asked that a managing director be sought outside Danone.

However, Artisan Partners did not succeed in all matters. The administrators rejected a proposal to stop Local First, the global reorganization plan launched by Emmanuel Faber. Danone is working on a plan providing for up to 2,000 job cuts among its managers.

A leader “not dogmatic”

Boss known to defend a capitalism freed from short-termism, greener and more social, Emmanuel Faber was the first director of Danone not from the Riboud family. Until now he had contented himself with saying that he was “not dogmatic” on the separation of functions. The board of directors also decided to promote Gilles Schnepp, who was supported by Bluebell to take the place of Emmanuel Faber, as vice-chairman, alongside Cécile Cabanis, and to entrust the responsibilities of lead director and from Chairman of the Governance Committee to Jean-Michel Severino.