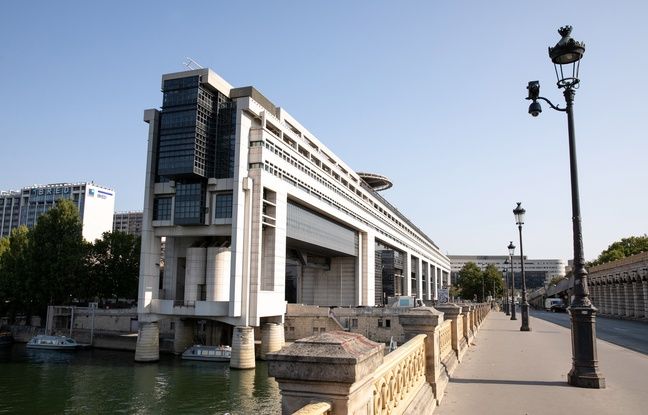 The French economy is doing a little better. The government is indeed planning an increase in growth in 2021 and it is Emmanuel Macron who has been given the role of announcing the good news. Growth is expected to stand at 6% this year, the head of state said on Monday. He also took the opportunity to announce a new investment plan at the start of the school year to “build the France of 2030”.

“Whatever the cost”, to which I had committed in March 2020, has enabled us to protect our companies, our jobs “, but also to” preserve the purchasing power of many French people and is the origin of a vigorous rebound ”in growth, said the president during a speech to the French. This growth places France “at the head of the major European economies”, even welcomed Emmanuel Macron.

The government, which had previously expected growth of 5% this year, is thus aligned with the forecasts of the European Commission and INSEE, which both indicated last week to expect 6%. On the other hand, the Banque de France forecasts slightly lower growth, of 5.75% for the whole of 2021.

The President of the Republic also announced the launch at the start of a new investment plan, after the recovery plan of 100 billion euros decided last September. This new plan will take place “after the work and the consultations in progress”. “We will decide on an investment plan which will aim for one objective: to build the France of 2030 and to bring out in our country and in Europe the champions of tomorrow who, in the fields of digital technology, green industry, biotechnologies or still in agriculture, will shape our future, ”he said.

The priority of employment

Emmanuel Macron had already mentioned at the end of April “a second phase of the recovery”, while 40 billion euros of the first plan have so far been mobilized from the total envelope of 100 billion. The Minister of the Economy Bruno Le Maire had also, in June, judged “useful to reflect” on “additional investments”, citing in particular the “hydrogen” sector, “electric batteries”, “the cloud”, “the space ”and“ investing in skills ”and“ training ”.

On the labor market side, employment has “resisted” during the pandemic, judged Emmanuel Macron, highlighting the creation of 187,000 jobs in May, even if 300,000 jobs have been destroyed since the beginning of the year. “The priority for the summer and the fall is to find not only the level of employment before the epidemic, but also to put us back on a path of full employment,” said the head of the State. The French therefore now know the objective for employment at the end of the five-year term.