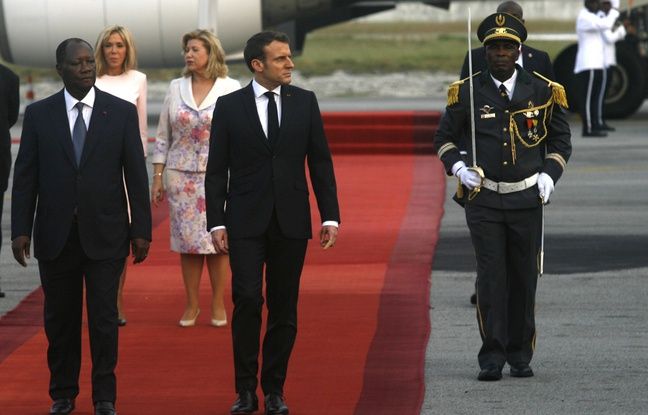 “I wanted to congratulate you and send you and the Ivorian people all my best wishes”. It is with these words that French President Emmanuel Macron congratulated Ivorian President Alassane Ouattara. In a letter dated November 11, of which AFP had a copy this Sunday, the head of state encourages his Ivorian counterpart to continue “dialogue” with the opposition.

“In view of the violence and tensions which resurfaced during this election, the dialogue that you initiated on the 11th with President Henri Konan Bédié (main opponent) is a bearer of hope,” continues Emmanuel Macron while the election violence has killed at least 85 people since August.

“I hope that this first step towards unification and openness can lay the concrete foundations for a broader, more lasting reconciliation between all Ivorians and all political sensitivities with respect for the rule of law in order to turn the page of violence and division, ”underlines Mr. Macron. The meeting Wednesday between President Ouattara and former President Henri Konan Bédié eased the tension.

But the entire opposition (the two main parties but also platforms including the movement of the former rebel leader Guillaume Soro) asks in particular as a prerequisite for the continuation of the dialogue, the release of all the “political” prisoners, including opposition spokesperson Pascal Affi N’Guessan, the end of legal proceedings against all opposition leaders or the return of exiles.

The fear of escalation

The opposition is contesting the re-election of Mr. Ouattara for a third term, which it considers unconstitutional. She launched a campaign of “civil disobedience” and then proclaimed a “National Transitional Council” supposed to replace Mr. Ouattara.

Ivorian justice has launched proceedings for “conspiracy against state security” against several opposition leaders, accusing them of being responsible for deadly violence.

The fear of an escalation of violence remains present in Côte d’Ivoire, ten years after a post-electoral crisis that left 3,000 dead, as well as 300,000 refugees and a million internally displaced persons in Côte d’Ivoire, according to the UN .