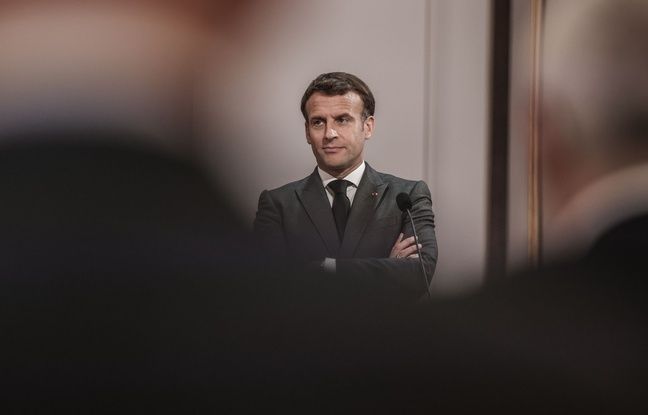 A second stimulus package already on the table? If the envelope of 100 billion euros of the first recovery plan has not yet been fully spent by the government, the President of the Republic spoke on Friday of a “major consultation” in the coming months to “invent a second time of the recovery ”.

He did not specify whether the State was going to release additional resources, but referred to “a drastic simplification, a reinvestment in the sectors we need the most and an acceleration”. Emmanuel Macron intends to consult local elected officials and economic players during the summer.

“We will take stock in the summer of all the devices” and the economic situation, confirmed Monday the Minister of the Economy Bruno Le Maire on RTL, before giving an appointment in September to see “at this time- there if it is useful for the country (…) to add or not the money in the recovery plan ”.

Most economists have deemed the 100 billion euro stimulus plan suitable for ending the crisis since its adoption at the end of 2020. But many voices have also been raised in the economic world to criticize an insufficient or poorly calibrated project. The French Economic Observatory (OFCE) estimated at the end of January that France could double the current stimulus plan by taking advantage of the current favorable debt conditions.

François Bayrou, High Commissioner for Planning also pleaded for a “reconquest of the French productive apparatus” thanks to the mobilization of 200 to 250 billion euros. A few days ago, the president of Medef, Geoffroy Roux de Bézieux estimated that the recovery plan should be completed in a “significant” way for the sectors in difficulty by the crisis.

After the announcement of the deconfinement schedule, the head of the Federation of Commerce, Jacques Creyssel, asked him on BFM Business for a second stimulus plan which concerns “in priority the sectors which have been the variables of adjustment, in particular trade” .

A third of the first plan already spent

In Bercy, where it took months to set up the recovery plan, we have been procrastinating on these requests for weeks. If Bruno Le Maire has never completely closed the door, he has always put forward the challenge of deploying it quickly, still boasting on Monday that nearly a third, or “30 billion”, have already been committed.

“For the moment, the absolute priority is the disbursement of these 100 billion euros,” he said on Monday morning.

“The stake is not only a matter of money”

The government has also already reallocated funds, but without increasing the overall envelope, to devices for which business demand has greatly exceeded expectations (industrialization, digitization of SMEs).

“The stake is not only a matter of money, but of having projects in the face”, one defends in Bercy, where one would especially like to avoid any lasting expenditure, which would put a little more strain on the accounts of the State, while the public debt and the deficit have soared since the beginning of the crisis. The State could thus unlock new means for investment spending, also at a time when France is pushing for the European Union to strengthen its response to the crisis, so as not to be downgraded by the United States and China. .

“Europe will have to add a new long-term investment component beyond the stimulus plan already launched to be up to the task,” Clément Beaune, Secretary of State for European Affairs, recently told Les Echos.

European governments “expect the economy to return to its pre-crisis level much later than everyone else, in 2022, when China is already above (…) and the United States will be above next quarter, ”said economist Shahin Vallee.