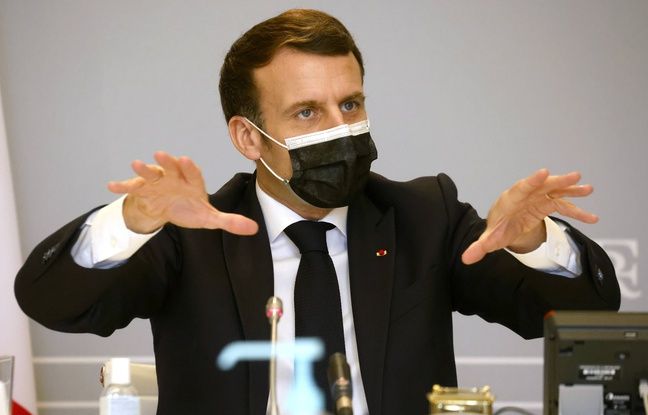 Emmanuel Macron proposed Thursday that rich countries transfer 3 to 5% of the Covid-19 vaccines they have in stock to Africa, which is sorely lacking. In an interview with the British daily Financial Times, the head of state indicates that he will submit this idea to the meeting of the leaders of the G7 Friday. German Chancellor Angela Merkel “agrees” with this initiative, he said. “It has no impact on the pace of the vaccine strategy (in rich countries). It does not slow it down a day, given the use of our doses today, ”he says.

“It is in the interest of the French and Europeans” because “I have more than 10 million of our fellow citizens who have families on the other side of the Mediterranean”, underlines the French president. “If we allow the idea to settle that hundreds of millions of vaccines are being made in rich countries and that we do not start in poor countries, it is unsustainable,” said Emmanuel Macron. “It is rather an acceleration of unprecedented global inequalities” and “it is politically unsustainable in the long term because it is what allows to install a war of influence of vaccines. And you can clearly see the Chinese strategy, the Russian strategy too ”.

“Put a very strong pressure” on the large laboratories

It is necessary, according to him, “to put a very strong pressure” on the big pharmaceutical companies to increase the production of vaccines. If they “do not play the game of cooperation, the political question of intellectual property will inevitably arise in all our countries”, as well as “the debate of over-profits made on the scarcity of the vaccine”. “The objective is to bring on board a maximum of European and non-European partners. But if everyone is not on board, France will engage “and give these 5% of doses, specified the Elysee. These will either be donations or sales at low prices.

“We sincerely hope that tomorrow (at the G7) the United States will show a greater commitment, including financial” in the Covax device for the allocation of vaccines to poor countries “, adds the Elysee.” The mechanism of dose donations is open to the Russians and the Chinese. The Chinese often recall their adherence to multilateralism, they have the opportunity with Covax to prove it, rather than a bilateral approach with a logic of vaccine diplomacy, or even patronage “, notes Paris.

Emmanuel Macron has participated in recent days in several meetings on this vaccine issue, including the last Wednesday with African leaders, to advocate for an acceleration of the availability of vaccines in poor countries. He also spoke Thursday with the Indonesian President Joko Widodo, the two men sharing “the objective of making the vaccine a global public good”, according to the Elysee.