End of treatment for the Algerian president, continuation of examinations 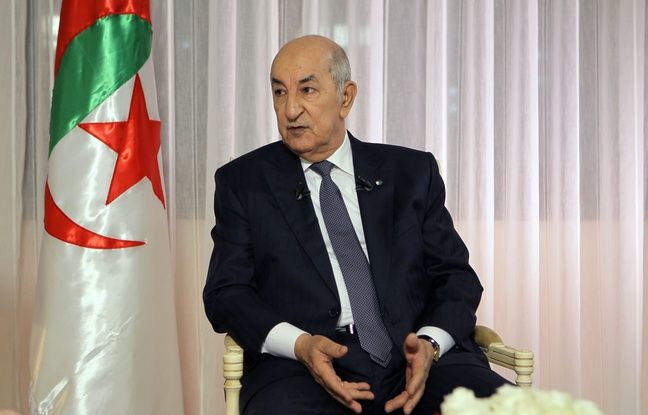 Algerian President Abdelmadjid Tebboune, infected with the new coronavirus and hospitalized since the end of October in Germany, has completed his treatment and “is currently undergoing medical examinations”, the Algerian presidency announced on Sunday in a statement.

“The accompanying medical staff ensure that President Tebboune has completed the prescribed treatment protocol and is currently undergoing post-protocol medical examinations,” according to a brief statement. This press release was issued “in application of the instructions” of Abdelmadjid Tebboune to “inform the public of the evolution of his state of health”, underlined the presidency.

“His state of health is improving”

Rumors and some newspapers close to the government reported last week of an “imminent return” to Algiers of the 74-year-old president. Abdelmadjid Tebboune has been treated in a German specialist hospital since October 28. He had been transferred there urgently after the announcement of suspected cases of Covid-19 in his close entourage. He had placed himself in isolation a few days earlier.

On his arrival in Germany, he was immediately admitted to “one of the largest specialist hospitals” in the country to undergo “in-depth examinations”. In a statement relayed by the presidency, Abdelmadjid Tebboune personally insisted on November 8 to “reassure the Algerian people who are awaiting their return to the country”, affirming “that their state of health is improving”.

Referendum on a constitutional revision

His hospitalization abroad prevented Abdelmadjid Tebboune from taking part on November 1 in the referendum on a constitutional revision, one of the flagship projects of the Algerian president. If the “yes” prevailed, the ballot was however marked by a record abstention in the history of Algeria and a massive disavowal of the regime.

The prolonged absence of the head of state has awakened the echo, for many Algerians and in the media, of the vacancy of power during the hospitalization of the ousted former president Abdelaziz Bouteflika after his serious stroke in 2013.